The collapse booga: why not come true with new year wishes

MOSCOW, January 12 — RIA Novosti, Igor Karmazin. Eat a piece of paper, burn it and throw the ashes into a glass of champagne — that not only are people to fulfill their Christmas wishes. Many set goals, like last time. The sad side of things in that they tend to be unattainable: Smoking is not dumped, the summer is not lost, the loan did not close. RIA Novosti understand how in practice to implement the data itself promises. 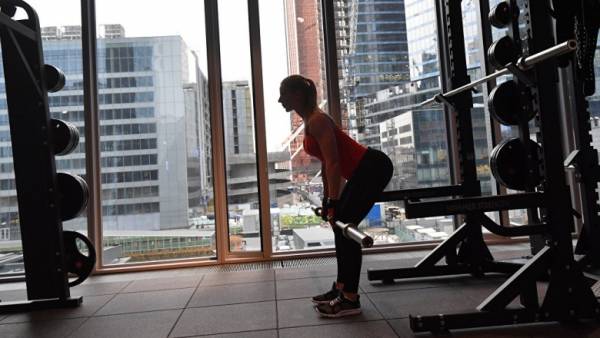 From tradition “to start a new life” with a specific date centuries-old history. There is always a certain limit, after which life will go on-new: Monday, first day of the month or the beginning of summer, or a birthday. However, the New year is the most convenient time for this.

The author of the book “this year I will…” by M. J. Ryan says that about 45 percent of people give themselves various promises made for the New year. Most popular — intention to lose weight and start to eat right, exercise and quit Smoking.

In the United States are eager to share their New Year’s resolutions (new year’s promises). Celebrities often talk about this publicly.

So, the Creator of Facebook mark Zuckerberg once promised to use for meat only those animals that he killed.

Another time he decided to learn Chinese language and to read one book a week. The current President of the United States Donald trump in 2015 has pledged to work with the maximum diligence. Comedian Jim Gaffigan wished to be “a little less than perfect.”

It is clear that dreams of Russians are somewhat different from what the Americans want, and this frankness is not inherent in us. However, people recognized each other at the Banquet table, what would you like to meet my love, get another job or to repay the loans. But anyway, new year’s resolutions for themselves have one thing in common: beyond the promises it often is not.

The same “mantra” repeated from year to year, however, before the implementation of the planned hands did not reach. Or reach, but these are confined to the first weeks of the new year. According to sociological surveys, in 80% of cases new year vows be forgotten by mid-February. Do not depart from the intended target, according to various sources, only eight to 12 percent of the citizens — one in ten.

A pensioner from the Moscow region Natalia M. says as 10-15 years in a row every December 31 under the chiming clock gave a vow to quit Smoking.

I smoked for 36 years, a day, a half a pack! I even feared for a long time to fly on an airplane — I thought that can not live without cigarettes.Natalyapassionate from the suburbs

In may last year, the pensioner went to rest in Bulgaria.

“Where cigarettes are very expensive, but I came prepared — brought 15 packs. At some point I’ve run out and thought: “Maybe it’s a sign, it is time to at least try to quit Smoking?” Of course, I didn’t believe that I can do this, but decided not to take the first hour, then day, then tried to sleep without cigarettes. Oddly enough, I had no withdrawal symptoms and the particular suffering! Now I don’t smoke. I realized two truths. At least make an attempt, the first step to the goal. And again, if for a long time want, you begin to help of a higher power,” she says.

It is believed that Christmas rituals help fulfillment of desires. According to the folk tradition need to summarize on a piece that is particularly important and valuable. Then the paper burned and the ashes thrown into a glass filled with champagne, and gulp drink under the chiming clock. Another option is to scatter the ashes out the window. If a fire is not possible, you can simply crumple and swallow the leaf, sipped the wine.