LONDON, January 12 — RIA Novosti, Natalia Kopylova. The financial sector in the UK and jobs in it are a priority in negotiations with the EU on Brexit, Prime Minister Theresa may in a meeting with bankers on Thursday, her words are in a statement after the event, the report of the representative of the Prime Minister. 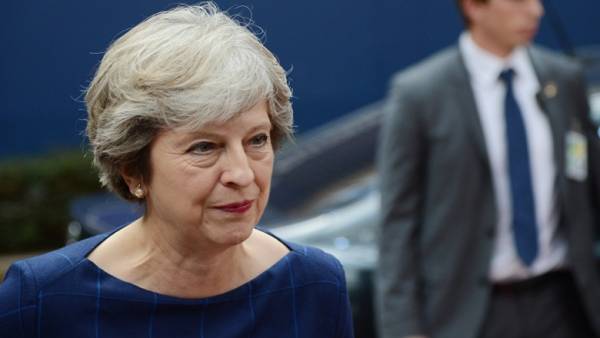 The Prime Minister also noted that the British authorities plan to the end of March to negotiate with Brussels about the terms of the transition period after Brexit.

The message is that the UK government intends to put “the interests of customers and taxpayers in the heart of the negotiations on the future regulatory relationship between Britain and the EU.”

In the discussion of the future of the financial sector was attended by the heads of such banks as Goldman Sachs, HSBC, UBS and other financial institutions.

At the end of the 2016-2017 fiscal year the British banking sector, which employs more than million people, contributed to the state budget taxes 72 billion pounds.

The UK should leave the EU by the end of March 2019. Talks about the “divorce” of the EU and the UK are in two stages. The first stage included the agreement on the rights of the citizens of the Irish border and fulfil the country’s financial obligations to the Union. In this part, progress has been made, it is now necessary to agree on the remaining issues and build agreement on Britain’s withdrawal from the EU.