Successful aging: how the Russians survive their age at the time of the cult of youth

A series of interviews with Moscow residents showed how women cope with the experience of aging and how social pressures faced in trying to get over the least painful way. 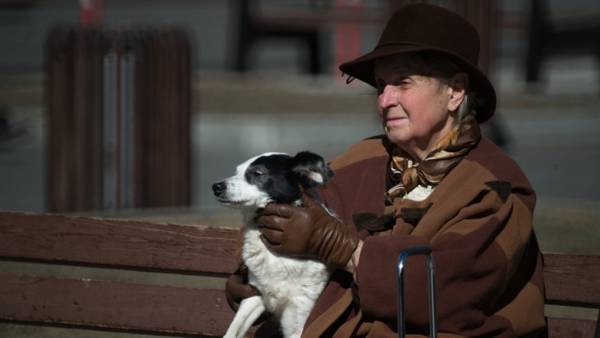 Fellow, International College of Economics and Finance Maria Davydenko in their study focused on how middle-aged women in going through the experience of aging. It turned out that they are under pressure on several fronts.

On the one hand, despite the inconvenience and dissatisfaction because of the need to regularly use anti-ageing action with procedures or try to lose weight they at the same time willing to follow the rules of the game, so it wouldn’t be to others disgusting and not to lose the struggle in the labour market. On the other, they have to balance between trying to look young and to conform to their own age.

Between 2010 and 2012 for a different project, interviews were conducted with 21 resident of Moscow at the age from 41 to 59 years. The sample made by method of “snowball”, when it took part in the study people recommend it to their friends — that is, it is in this case not a random and fairly uniform: mostly ethnic Russians, heterosexual women with higher education and who are in positions of “white collar”. Davydenko in his analysis took into account data on those who were 50 years or more and who held individual and group interviews. All these women were 17 people, most of them — 13 people — at the age of 50-55 years. The majority — 15 of the respondents with a University education.

Respondents acknowledged how hard is it to switch to ageing and how much they don’t want to grow old. One of them, Lydia, 58 years old, describing his impressions of visible changes to their appearance, used the verb “to suffer”.

“Not yet normal, but then… it’s not fair, when a young woman, and then the grandmother … I don’t want this last stage [of aging]”Marestare economist, 57 years

While women have to adapt to both changes in their own body and society’s expectations. One of the participants of the survey, CFO Alina (52), talking about changes in ideals of beauty and personal care in Russia, appealed to the example of job search and emphasized how well-formed the appearance of the important to win in the competition for positions in her professional field: she told me how the CEO of the company where she interviewed admitted that they hired her because I wanted to find in this position a woman with experience, but other women who were interviewed, had a “scoop.”

Another participant, 50-year-old Martha, an IT engineer, explained that in Soviet times, it was easier to live a healthy lifestyle as he promoted at the state level, while fighting for his appearance is simultaneously a struggle for the best “place in the sun”. That is, the appearance is equal to work, and “resovky” has become a factor of competitiveness on the labour market along with experience, emphasizes Davydenko. Alina in its history, complained that the care requires a substantial investment of money and time, however, she still agrees to do it for yourself, others and work.

Speaking of the regular classroom a, seven of the 12 women who passed the individual, not the group interview reported attempts to lose weight. Most often it was just about losing weight, even when women were asked about nutrition — and it is on diet rely the majority of respondents. Only four participants had combined them with regular exercise. On the one hand, the answers of the participants of the interviews showed that the weight control is also considered as an indicator of a more General ability to control the conditions of their own lives. But at the same time, they viewed fluctuations from taking yourself in the direction of shame and back, and often, this process manifests itself as the search for external, “natural” factors that would allow them to make their appearance — and in particular, the figure for what it is.

To know your age