Computers of the Ministry of defense can translate to Russian, write media

MOSCOW, 9 Jan — RIA Novosti. All office computers of the Ministry of defense of the Russian Federation can be transferred from Microsoft operating system Astra Linux to the domestic, the newspaper “Izvestia” with reference to sources in Department. 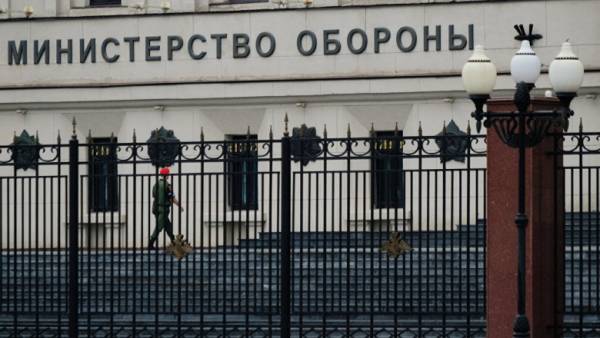 “Defense Ministry decided to transfer all service computers on the operating system Astra Linux. It is completely domestic development, its founder — Moscow company “Rusbiotech”. For computers of the Ministry of defense chose the advanced version of Astra Linux Special Edition with built-in office Suite. In the next phase, the new OS will be loaded on special service smartphones and tablets,” writes the newspaper.

According to the publication, for the introduction of operating systems answer two main management office — communications and information technology development.

If the new OS will meet the requirements of the military, to be installed on all computers in the Ministry. It is noted that the OS will become the basis for automated control systems and workstations, server and on-Board equipment of military equipment.

“A key feature of Astra Linux Special Edition — a unique system of information protection. “OS” is fully compatible with modern computers manufactured in Russia. She works with high-tech domestic processors “Elbrus” and “Baikal-T1” and “the Colonel”. They are the “heart” of the latest generation of supercomputers,” said he.

As notes the edition, the system Astra Linux for several years used by the Armed forces of the Russian Federation, in particular, on it is based the information system of the National control centre defense of the Russian Federation. In addition, it is already applied in existing models of armament and military equipment in a number of promising developments.