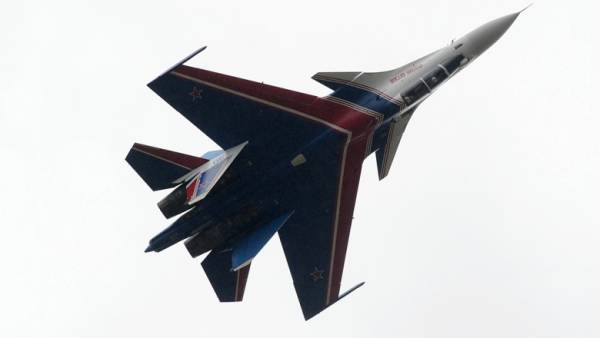 Their route passed over neutral waters of the Baltic sea. It is noted that the Russian fighters did not violate the borders of other countries. Additionally, the flight of SU-30CM has been agreed with the authorities of air traffic control. “The flight was carried out in strict compliance with international regulations use of airspace,” — said the defense Ministry.

However, the Russian fighters approached the aircraft the F-15 NATO. It is noted that they flew to a safe distance, then changed course and withdrew.

Previously, the Pentagon has published a video in which the F-15 approached two Russian fighters in the Baltic region. According to representatives of the U.S. military, they had to intercept and escort, as the planes supposedly not sending codes, which require air traffic controllers, and did not provide a flight plan. In the sky rose crews 493 th fighter squadron of the 48th aviation group of the U.S. air force, based at a British air base Lachat.

American planes within NATO are involved in the control of NATO airspace over the Baltic sea.

It should be noted that incidents with the support of the Russian NATO aircraft over neutral waters and Vice versa occur regularly. But it usually it ends friendly. Subsequently, the parties exchange statements.