Merkel saw no reason for refusal from the Russian gas supplies

Moscow. 16 Feb. INTERFAX.RU — German Chancellor Angela Merkel believes that dependence on Russian gas, which critics say construction of the pipeline Nord Stream 2 (“Nord stream-2”) is bad, but the Soviet Union supplied the gas and during the cold war, and supplies were regular. 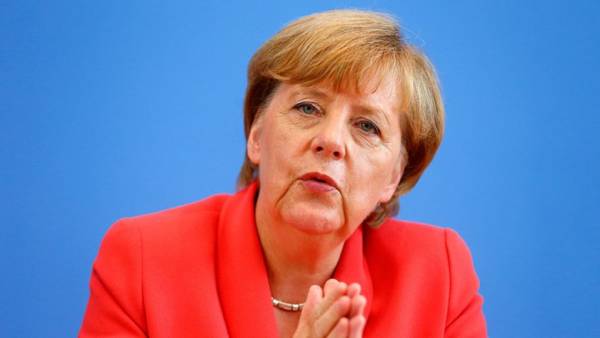 According to her, Germany has consistently emphasized the desire to preserve gas transit through Ukraine in spite of the construction of a new gas pipeline under the Baltic sea. However, the politician believes, the Russian gas remains a Russian gas regardless of which way it enters the EU via Ukraine or the Baltic sea.

According to the Chancellor, then the gas from the Soviet Union “delivered in full”, and she does not understand what the situation is now worse, so much so that it is necessary to refuse from partnership with Russia in this sphere.

15-16 February in Germany is the 55th of the Munich security conference.

The gas pipeline “Nord stream-2” will be held on the Baltic sea, connecting suppliers in Russia with consumers in Europe, its length is more than 1.2 thousand km capacity will be 55 billion cubic meters of gas per year. The project cost is estimated at nearly 10 billion euros.

Gazprom launched pipeline construction in the past year and intends to complete it by the end of this year.