The presidents of Russia and Belarus Vladimir Putin and Alexander Lukashenko held talks, which, according to information on the website of the Kremlin, discussed “the prospects of development of integration processes in the Eurasian space”. 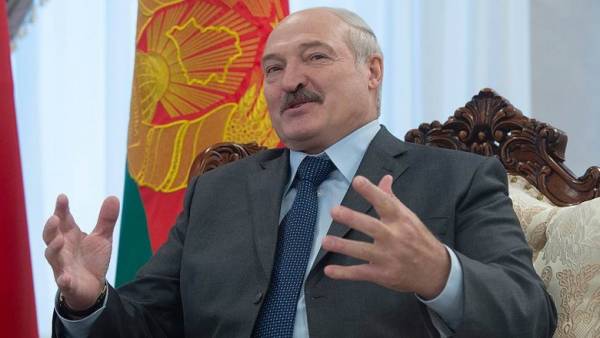 Following the meeting, Mr. Lukashenka said that the leaders of the two countries are so willing to “go the path of unification”, how ready the residents of the States.

We are willing to go so far in unity, combining our efforts, States and peoples, as you are ready. Look, tomorrow we can unite, we have no problem, but are you ready, the Russians and the Belarusians on this?Alexander Lukashenko the President of Belarus (quoted by “Interfax”)

He also stressed that Minsk does not feel “sovereignty” and comes from the fact that “today there are two States”. “For me, independence is a relative concept, but nobody, neither the one — state example of what China is — never talks about sovereignty,” said Mr. Lukashenko to the question that was raised during negotiations the theme of the sovereignty of Belarus.

We will remind, last year in relations between Russia and Belarus had conflict: Moscow has caused further movement on outstanding economic issues, including the compensation of the tax maneuver, acceleration and deepening of the rapprochement. In Minsk in response to talking about forced entry into Russia. Alexander Lukashenko said that talking about the possibility of including Belarus in structure of Russia “ridiculous.”

In the current negotiations, despite the expectations, the parties have not discussed the issue of oil tax maneuver. According to the President of Belarus, President Putin “even this word is not said during these three days.”