And the lions are feeling. The king of beasts won the contest “Photographer-naturalist of the year”

Photograph of two lions won the main prize of the audience in the photo contest “Photographer-naturalist of the year 2019”. 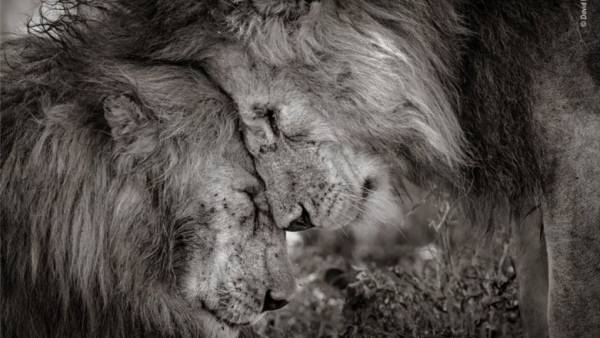 His extraordinary picture, titled “Brotherly relationship” — two lions, is clearly showing to each other warm feelings.

Lloyd had to compete with 45 other thousands of submitted pictures. The staff of the natural history Museum in London has selected 25 of the best images that have been presented to the public for a vote.

“I am very pleased with the results, because it’s a photo illustration of the fact that animals have feelings and emotions that not only people can test them, says a photographer from New Zealand living in London. — I am convinced that it is necessary to constantly remind people.”

In the London natural history Museum a small exhibition where you can see the best work. Here are four of them.

WIM van den Hever has made the rare beauty of the king penguins in the Falkland Islands.

In the picture Matthew Moran — Fox on the street in Central London. She looks like from the other walls painted a Fox.

Dustin Hoffman photographed in Northern Canada polar bear, are in a state of extreme exhaustion.

Hungarian photographer Bence Máté caught in the lens frame, which depicted three African wild dog, the gnawing of production. It is a rare species on the verge of extinction.

Photos published with permission of the Wildlife Photographer of the Year