The Russian Minister explained the principle of selection of officials 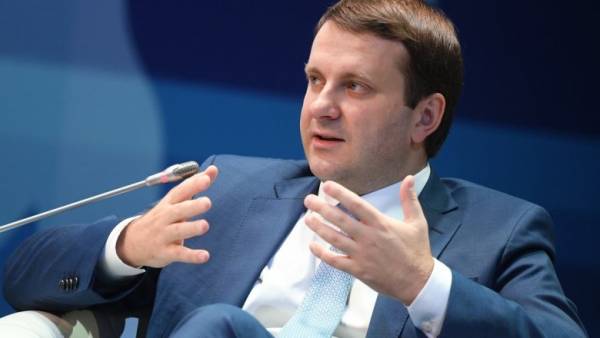 “I have been guided in the work of the Ministry by the principle of meritocracy — the selection of those who will best perform the task,” said Oreshkin.

Answering the question about the appointment of the head of the Federal tourism Agency 33-year-old former employee of Department on public relations of the government of Doguzova Zarina, the Minister noted that the official “has strong abilities in terms of communication.” “So here waiting for the breakthrough in matters of promotion,” he added.

The new head of Rosstat Paul Malkova … called the man who will be able to achieve our office goals: “independence for statistics, to improve its quality, reduce the burden on business and greater openness”. At the same time, the task for Cadastral chamber and its head Parviz Tohtahunov will raise the Federal registration service, which is subject to the chamber.

The purpose Tohtahunov in November last year caused outcry due to the lack of necessary experience. According to initial information on the website of Rosreestr, the official finished medical school and then eight years has not worked. Subsequently, the Department indicated that tohtahunov “held various positions in commercial structures”.