Threats of new Western sanctions against Russia in connection with the incident in the Kerch Strait counterproductive, they are more like an obsession and the desire to prevent further development of the Russian state. On Wednesday, February 13, said state Duma Deputy Mikhail Sheremet. 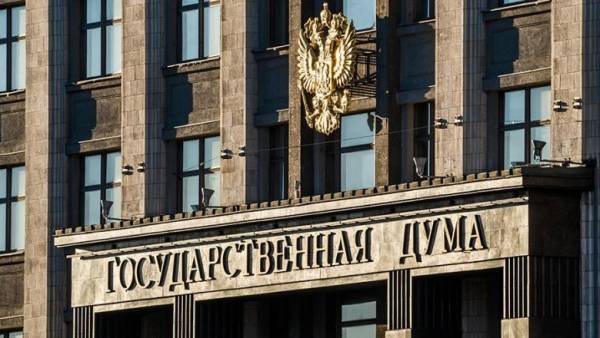 “It is primarily a deterrent to prevent further advancement and prosperity of Russia, but we should go forward and not to pay attention to these sanctions”, — quotes the parliamentarian “RIA Novosti”.

Sheremet added that if the EU will support the new package of restrictive measures, it will show them “crazy” dependence on the US, which can be compared with drug.

According to the Deputy, he hoped that the time will come when the West will give preference to negotiations, based on universal values and not pressure and force.

Yesterday, the newspaper Financial Times reported that the US and the EU are on the verge of agreeing on new anti-Russian sanctions. Measures can be applied due to the detention of Ukrainian sailors after the incident in the Kerch Strait, when the Republic ships entered the territorial waters of the Russian Federation.

It is expected that the discussion of restrictive measures will take place during a meeting of interior Ministers of the EU countries on February 18. According to diplomats, the anti-Russian measures may begin to act within the next two months. According to another source, the sanctions may impose by the end of March.The conflict between Russia and Ukraine in the Kerch проливе4 februaury will build a watchtower on the coast Азова25 Yanvarev Crimea rejected the requirements of the PACE on the Kerch проливу24 enwraps adopted a resolution on the situation in the Kerch Strait

November 25, three ships of the Ukrainian Navy invaded the historic territorial waters of Russia in the Black sea. They did not respond to the demands of the FSB border guards to stop and continued to make dangerous maneuvers. The Russian military had to use force to stop them. As a result of provocation ships and 24 sailor was detained and then arrested. Criminal case is brought.