The growth of Bank rates in Russia, including the mortgage, is a predictable phenomenon, and in the future they will begin to decline. This statement was made by Russian President Vladimir Putin during a meeting with members of the public in Tatarstan. 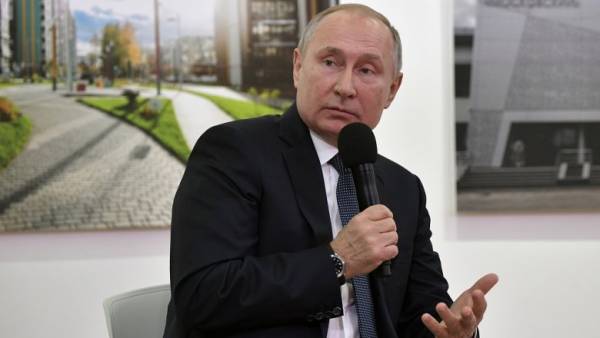 “It will be a one-time event and short-term and in the future, the indicators should not only be aligned, but also to begin to decline, including macroeconomic indicators,” — said the head of state, his words are quoted by “RIA Novosti”.

He stressed that there is no reason to believe that it will be otherwise.

“It is obvious that the increase in the VAT rate affects inflation, in order to curb inflation, the Central Bank increases the key rate, it can not affect rate mortgage loans,” — he concluded.

On 8 February, the Central Bank left its key interest rate at 7.75% per annum. In just 2018 rate increased twice, both times the increase was 25 basis points.

The Chairman of the Board of Sberbank German Gref does not exclude that by the end of the year, the country will see lower mortgage rates. However, the savings Bank since January 14, raised mortgage rates by 1 percentage point. Now the base mortgage interest rate of 10.8% instead of 9.8%.