Archaeologists have revealed a secret underground passage in the Vyborg castle

St. PETERSBURG, 12 Feb — RIA Novosti. Archaeologists have discovered the end point of the secret underground passage leading from the Northern facade of the Commandant’s house in the Vyborg castle, the press service of the Governor and government Leningrad region. 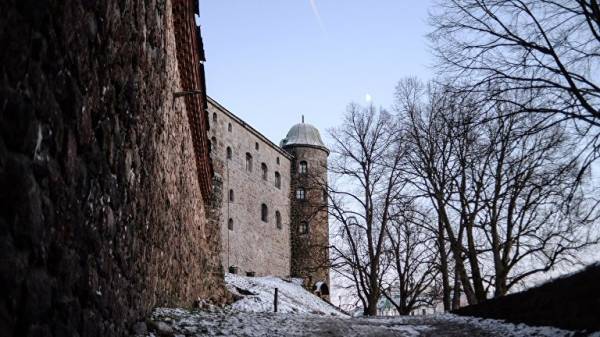 Governor’s house (Governor’s house) — travel building in the complex of buildings of the Vyborg castle, the main entrance through which visitors enter the Castle island with the castle bridge into the inner courtyard of the castle.

“As a result of archaeological and conservation work undertaken in 2018, has been disclosed the mystery of the underground passage at the Northern end of the facade of the Commandant’s house, part of a complex of buildings of the Vyborg castle. It turned out that there is a vaulted underground room, which had a separate entrance doorway from the East side”, — stated in the message.

In the ancient Crusader castle in Syria discovered a secret room

According to preliminary estimates, the building dates back to the early XVI — late XVII century.

According to the Director of historical-architectural reserve Museum “Vyborg castle” Vladimir Tsoi, presumably, the underpass — construction of a military nature. “Maybe it’s a powder keg or camera for doing plantar the battle to protect the main entrance to the castle,” said Choi, whose words are reported.