The toxicologists compared the harm from Smoking “heaters” tobacco-cigarettes and vaping. And found no significant differences

Australian scientists have presented a comparative Toxicological studies of traditional cigarettes, vaping and, more recently, systems of heating of tobacco (HnB). The latter are presented in the market as the most secure alternative to Smoking tobacco due to the fact that the tobacco in these devices do not burn, but warms up. However, the new data do not confirm this. 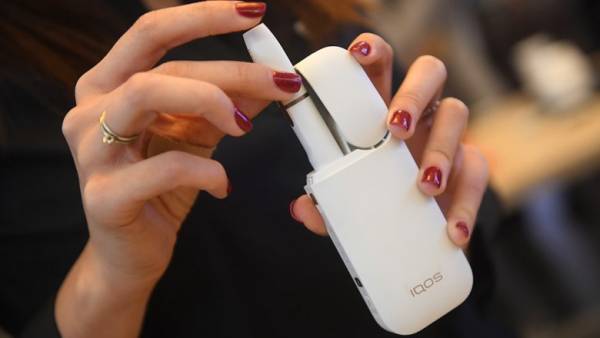 Smoke conventional cigarettes and vapor systems of heating of tobacco were equally toxic to cells of the bronchi and lungs. Thus, according to the scientists in an article published in the journal ERJ Open Research, while it is impossible to draw conclusions about the difference of the effects of these three types in the area in the long term, due to the lack of appropriate observations.

of the Death find the doping

Over the last decade the market to offer smokers two alternatives to traditional cigarettes. And electronic cigarettes (vaping), and heating tobacco are positioning themselves as less harmful to health. The first is based on heating a special liquid and inhaled its vapors, and the second on heating tobacco. About the effect vaping has already appeared a number of studies evaluating their health risks. About heating tobacco, due to their novelty — yet almost no data. It is one of the few studies showed that more than half of the people interested in IQOS, never smoked before that, in the opinion of the authors, primarily associated with the peculiarities of the marketing campaign of the product as harmless.

In the new experiment, the scientists used the cells of the bronchial epithelium and primary human cells of the smooth muscles of the respiratory tract.

The samples exposed to vapor from electronic cigarettes with nicotine content in the liquid 1,2%; smoke produced by the device IQOS (tobacco content 1.4 mg) and the smoke from traditional cigarettes with a nicotine content 1.2 mg. All substances, scientists have produced in several concentrations from 0.1% to 10%. After 72 hours, the researchers measured several indicators used to determine the toxicity effects.

In particular, both cell types it was shown that exposure to cigarette IQOS and from decreasing the overall cell viability by more than two times at 10% concentration compared to control experiment without any forcing. Also in the cells increased the release of lactate dehydrogenase enzyme, high content which is associated with pathological processes in cells: on average about half when exposed to IQOS in maximum concentration, a little more than that of cigarettes.

Finally, the increased level of oxidative stress in the cells, that is, decreased quality of cellular respiration: when the maximum concentration of the heating systems are of tobacco and cigarettes it was almost two times more than normal, and half of vaping.We first demonstrated that IQOS as detrimental for the cells of human lungs like vaping and Smoking cigarettes.The authors of the study

As the authors write operation caused the smoke of all three types of cell damage can lead to progressive pathological processes in tissues of the lung, and eventually to diseases such as pneumonia, chronic obstructive pulmonary disease and lung cancer.