Debt detained in the United States, Russian student Maria Butunoi before lawyers has grown to 40 million rubles. This “Izvestia” said her father. Valery Boutin noted that due to lack of protection (consists of two American lawyers) may refuse to provide services to the citizen of the Russian Federation. However, he expressed hope that the U.S. Supreme court in coming months will release a Russian woman, after which she could return home. 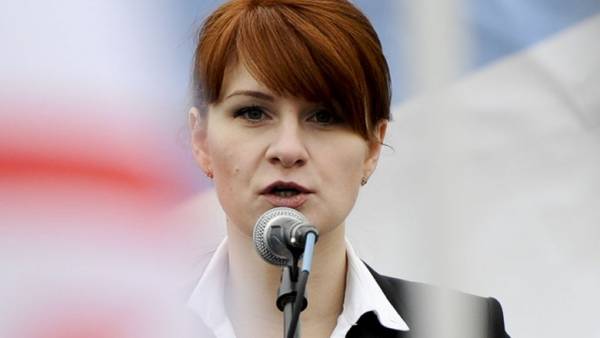 30-year-old Maria Butina, which U.S. authorities accuse of meddling in the country’s policy by lobbying the interests of Russia is experiencing serious financial problems. Since her arrest on July 15, 2018 have a family formed a multi-million dollar debt to lawyers representing her interests.

Now the debt has grown to 40 million rubles (about $600 thousand “news”). While no one refused to protect Masha, however, the situation remains in limbo. How to solve, is not yet clear. The hints that we may have to find new lawyers, was a long time ago, — told “Izvestia” Valery Boutin. — Defence costs are very high, because the case was politicized and in fact extremely complex. Involving two U.S. attorneys, but we should not forget about the costs of transfers and other administrative formalities. Yet for all the time we were able to pay 2 million rubles.

According to the father of the prisoner, it is very important to keep these lawyers because they are dealing Russians from the beginning.

— The trial is in the final stage. Any sudden actions could harm his daughter. We hope that at the next meeting, on 26 February, the us Supreme court will announce the date of sentencing. So I want to believe that the verdict will be announced in March, after which Mary was released from prison and she will be able to return to Russia. And this whole nightmare will end, — said Valery Boutin.

In 2018 was created by “the Fund’s Butini”. However, all this time he was able to collect a total of 1.1 million rubles, said the father of the detained Russians.

Maria Butina 13 Dec partially admitted in a us court of his guilt. It agreed with the item, which dealt with violations of United States laws on foreign agents. We are talking about conspiring with a U.S. citizen — a political consultant Republican party, Paul Erickson to establish contact with the Americans having a political influence. By the way, Americans in 2019, was charged with fraud. However, they are not associated with the case’s Butinai. In the agreement between the prosecution and the defense said a six-month prison term and a fine of several thousand dollars.

The maximum penalty she faces five years in prison. Now it all depends on the judge’s decision: if he deems it that Mary fully cooperated with the investigation.

The plea deal was the only possible solution. If you are in a cell the size of a minivan, it is absolutely normal reaction of a person when he wants to preserve his health, — told “Izvestia” americanist, Professor, faculty of law higher school of Economics Alexander Domrin. — If logical reasoning, it must now follow the step on the American side and the Russian will appoint probation, which she has actually departed. Nevertheless, it is necessary to understand that the transaction is not a guarantee.