MOSCOW, 12 Feb — RIA Novosti. The head of the government of the Russian Federation Dmitry Medvedev explained why he prefers drinking water with gas, carbonated water-not that big a fan, but because of the confidence that she at least passed some processing. 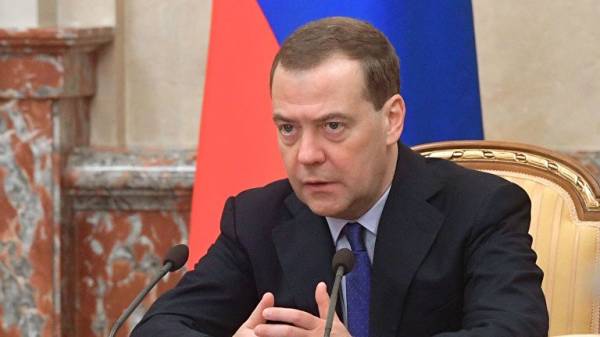 The Prime Minister, in response, also in favour of the water was accompanied by certain certificates which would indicate its composition to its quality being tested.

“I can say that I, for example, when offered to drink water with gas or without gas, always choose gas. Not because I’m such a big fan of water. But I understand that the water gas at least took some processing, and the water that without gas, it is likely that this tap water. So there is, in fact, than we all work out,” — said Medvedev.