Times: Britain will send an aircraft carrier into the Pacific to demonstrate the strength of China

LONDON, February 11. /TASS/. The UK will be sent the flagship of its naval forces — aircraft carrier Queen Elizabeth — in the waters of the Pacific to demonstrate the strength of China. On Monday the newspaper reported The Times. 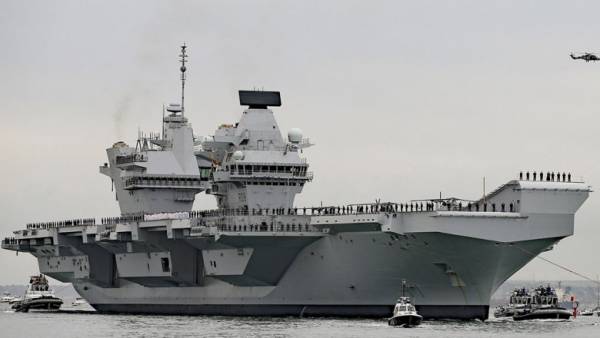 According to the newspaper, the Minister of defence of the United Kingdom will announce on Monday that London should be ready to use “hard power” to protect their interests. That is why the largest ship of the British Navy will go first in the Mediterranean and middle East regions, and then will head to the shores of China.

The carrier air group of up to 40 fighter jets and helicopters, including up to 24 fighter-bombers, up to nine anti-submarine helicopters and four or five helicopters, airborne early warning and control. If necessary, can carry up to 70 aircraft. The ship was officially included into the Navy in December 2017, for its construction took more than eight years.