Ukraine complained about problems with entry to Russia 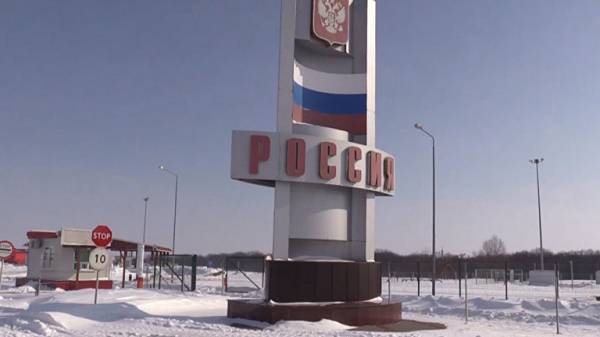 According to him, during the last three days the office has recorded about a hundred cases of refusal of entry to Russia of the Ukrainians at the checkpoint “nehoteevka” in the Belgorod region. Denied, as stated by Slobodian, mainly those who were driving in vehicles with an engine capacity over two litres.

“They were returned to Ukraine without explanation,” he added.

Russian border guards, according to Slobodyan, in response to the appeal stated that the checkpoint “nehoteevka” works in a regular mode. Official comment from the frontier service of FSB of Russia.

In November 2018 the Ukrainian authorities for a month in connection with the military situation imposed restrictions on the entry of citizens of Russia males aged 16 to 60 years. After the end of martial law, the national security Council and defense of Ukraine recommended that the state border service to continue the strengthened protection of border with Russia and to exercise greater control over the citizens of this country entering Ukraine.

With the beginning of year in Ukraine is not allowed more than 1.1 thousands of Russians. In addition, the President of Ukraine Petro Poroshenko said that he will give orders to the state border service does not let into the country by Russian observers to the presidential elections, scheduled for March 31.