The diplomatic service was never a sinecure, Lavrov said

MOSCOW, 10 Feb — RIA Novosti. The Minister of foreign Affairs of the Russian Federation Sergey Lavrov congratulated his colleagues on the day of the diplomat, noting that the diplomatic service have always demanded the best and was never a sinecure, the corresponding congratulation is published on the website of the foreign Ministry. 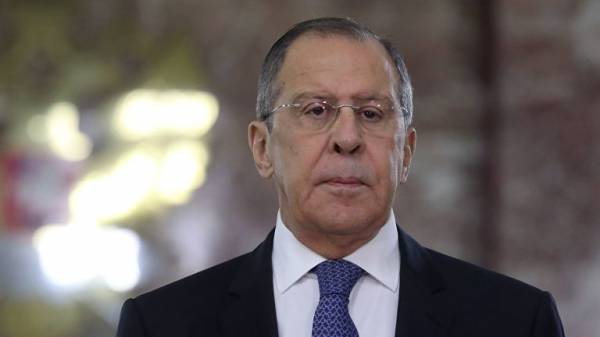 “Work on the foreign policy path has always demanded the best qualities, extensive knowledge, diverse horizons, the ability to skillfully wield “the pen”… the Diplomatic service has never been a sinecure. The pursuit of national interests is often associated with the risk of their lives,” — said in greeting.

The Minister stressed that at all times at the Ministry of foreign Affairs served as a gifted, extraordinary people, true patriots, many of whom have made an invaluable contribution to strengthening Russian statehood and became the treasure of national culture.

“Today employees of the Ministry of foreign Affairs continue to develop and strengthen the glorious tradition of predecessors, work without thinking of the time, often in isolation from family in States with harsh climates and difficult military-political situation,” he added.

Lavrov wished all the employees of the Ministry of foreign Affairs, their families and friends, veterans of diplomatic service of good health, prosperity and further success in serving the Fatherland.