Germany will decide the fate of the “Nord stream-2”

The EU Council approved amendments to the gas Directive, changing their essence. 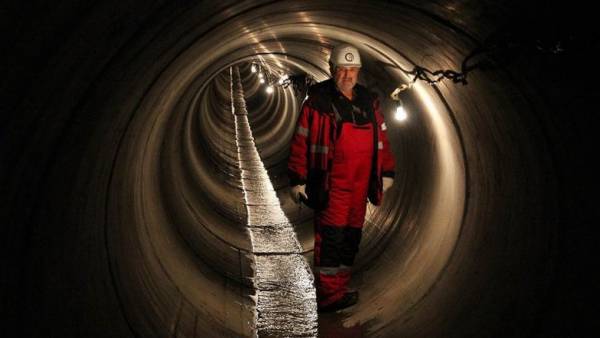 Germany will itself, without the participation of the European Commission, to decide whether to issue an exception to the “Nord stream-2” of the rules of the Third energy package of the EU. According to “Kommersant”, the corresponding co-drafted amendments to the text of the gas Directive in France and Germany introduced today for consideration by the permanent representatives of member countries of the Union. This is also reported by AFP news Agency. Initially, the change in the gas Directive was to degrade the position of the “Nord stream-2”, but in this version this does not happen. This, in essence, makes the amendment meaningless. However, the permanent representatives of EU countries voted for their further consideration.

France and Germany throughout the Thursday was unable to reach a compromise on the discussion of amendments to the gas Directive of the EU concerning the gas pipeline “Nord stream” (“Kommersant” reported in detail about the conflict on 8 February). As follows from the text of the joint proposals of the countries permanent representatives of the member States of the EU (there is a “b”), France and Germany propose to revise the current text of the amendments developed by the Romania. The new text will indicate that the EU country in whose territory the first point of connection of the pipeline from a third country with the gas transmission system of a member country of the EU, can decide to issue such project exceptions to the rules of the gas Directive. In the wording of the amendments prepared by Romania, the results of the exceptions on the merits, depended on the decisions of the European Commission.

In practical terms, this means that Germany, on whose territory the pipeline “Nord stream-2”, laid on the bottom of the Baltic sea comes on land, will be able to decide the issue of granting draft exemptions. Without such amendments, as reported by “Kommersant”, Gazprom would be forced to abandon the functions of the operator of the pipeline and most likely would not be able to use it more than 50%.

As reported on Friday, German Chancellor Angela Merkel, the permanent representatives of the EU approved the new draft amendments to the gas Directive. This means that from next week will be able to begin the process of aligning its text with the European Parliament and the European Commission. However, the current version, virtually removing the risks to the “Nord stream-2”, is unlikely to be acceptable to the European Parliament and the European Commission, who insisted on a very different essence of the amendments. Thus, it is possible that the text of the amendments to the gas Directive will be amended again, and Germany in the EU Council will have to defend the current version.