The Islamic Republic of Iran has nothing against the American people, said the Supreme leader of the country. 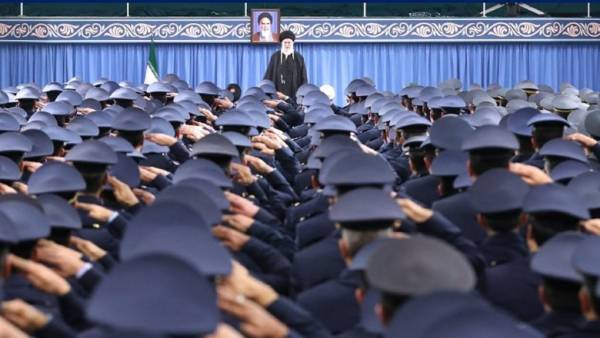 Supreme leader of the Islamic Republic of Iran, Ayatollah Ali Khamenei wished the death of the President of the United States Donald Trump, Secretary of state Mike Pompeo, Advisor to the President for homeland security John Bolton and other senior officials of the us administration. According to him, the US is “the embodiment of evil and violence, creating chaos,” American and European politicians can’t be trusted.

“The slogan “Down with USA” means “down with trump, John Bolton and Pompeo”. This means death for the few people that control this country. We have nothing against the American people”, — quotes Ayatollah Ali Khamenei on his Twitter.

Ayatollah Ali Khamenei voiced his attitude to the American leaders on 8 February, speaking to the military air force of Iran on the occasion of the 40th anniversary of the victory of the Islamic revolution in the country. He also said that “while the United States expressed anger and savagery, the Iranian nation will never stop shouting the slogan “Down with USA!”. Ayatollah Ali Khamenei reminded the audience at the meeting of the pilots that the slogan “Down with USA!” was one of the main during the Islamic revolution of 1978-1979.

As a result of the events of 1978-1979, the Iran from an absolute monarchy into an Islamic Republic. The secular regime of Shah Mohammad Reza Pahlavi was destroyed, and instead the country was built theocratic form of democracy based on the principles of Shiite Islam.

Since 1978, the Iran and the United States are in confrontation. During 1979-1981, the Iranians held hostage some tens employees of the American Embassy in Tehran. The leaders of the Islamic revolution demanded the US extradite the Shah Mohammad Reza Pahlavi, who is undergoing medical treatment in new York. Only the death of the former monarch and the beginning of the war of Iran with Iraq has pushed the new government in Tehran to start negotiations with Washington on the release of the hostages.