To Yuri Chaika asked about the work of RVIA in the Karelian tract. 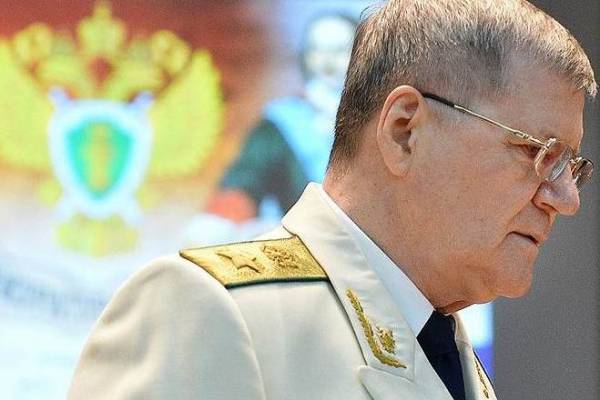 Prosecutor General Yury Chaika asked to check the legality of excavations conducted by the Russian military-historical society in the Karelian Sandarmokh, where the graves of more than 7.6 thousand politically repressed. Such appeal to the head of Department has written to the Deputy of legislative Assembly of Karelia and Chairman of the party “Yabloko” Emilia Slabunov. She pointed out that the government replace the concept of “monument” and “place of interest” which require a different approach.

In today sent the appeal to the Prosecutor General Ms. Slabunov reports on archaeological works, which were carried out by representatives of the Russian military historical society (RVIA) in Sandarmokh from 25 August to 5 September 2018. Local authorities granted the organization a permit for the definition of the boundaries of the memorial cemetery, the establishment of the density of the graves, finding graves of prisoners of Finnish concentration camps and the Soviet soldiers. The MP stressed that the works were in violation of the provisions of the Federal law 73 “On objects of cultural heritage of the peoples of the Russian Federation”. The Office for the protection of cultural heritage of Karelia believe that the status of the cemetery — a “place of interest”, so it can be excavated. However, Mrs. Slabunov indicates that in the Unified state register of objects of cultural values the status of the tract identified as the “monument of history”, which means on-site excavation is limited (article 5.1 FL-73). The MP also considers untenable the assertion of the Karelian officials that RMHS has conducted research work that relates to the types of activities on preservation of objects of cultural heritage, allowing to carry out excavations. According to Ms. Kabanovoy the storage operation is licensed, RVIO license issued. Karelian officials have not reported the results of RVIA’s permission (open sheet) to carry out archaeological excavation, adds Ms. Kabanova. MP urges Mr Tea do not forward her appeal to the Republican Prosecutor’s office, as happened with her previous appeal to the Prosecutor General, after which, according to her, she came replies.

In RVIO declare that the work in Sandarmokh was conducted legally, with the permission of the local authorities.