Medvedchuk said the rejection of the Russian observers

KIEV, 7 Feb — RIA Novosti. Kyiv’s ban on observers from Russia to participate in the presidential elections in Ukraine will not affect the final result and should not affect their recognition, said on Thursday the leader of the public movement “the Ukrainian choice — the right of the people”, the representative of “Opposition platform For life” Viktor Medvedchuk. 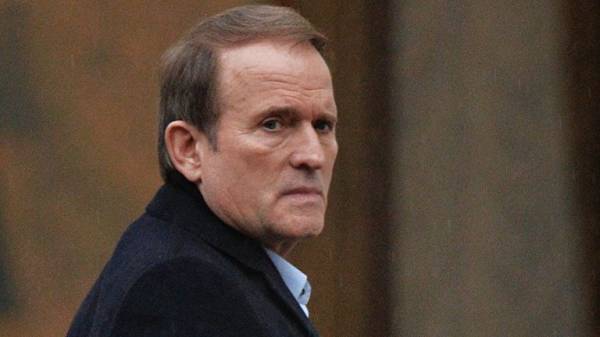 Earlier, the Verkhovna Rada adopted a law which proposed to ban the representatives of Russia to take part in the elections in Ukraine as observers. Presidential elections will be held in Ukraine on 31 March. According to recent reports, the Central election Commission has registered more than 30 candidates.

Walker urged Kiev to allow Russian observers to the elections

Answering the journalists ‘ question about whether the failure of observers from the Russian Federation to influence the election, he declared that “the problem lies not in the fact that they will allow or not allow representatives of the Russian Federation on elections.” In his opinion, “the essence and the main thing is the significance of the electoral campaign, vote counting and determination of the winner”.

“What is happening today in Ukraine, namely: the messages heard in the media on election rigging, bribery of voters, registration of a huge number of candidates for representatives in the electoral commissions at all levels, which will affect the course of counting the votes… this picture Here, these results and the election campaign can be, though of course that would not be desirable, because our choices may be unrecognized,” said Medvedchuk in the TV channel “112 Ukraine”.

In his opinion, the ban observers from Russia to attend the elections will not affect their final result. “I think that is one of the elements, which is unlikely to be significant for the assessment and the progress of the electoral campaign and the election results,” he added.