Yanukovych has accused European countries in the betrayal

The former President of Ukraine Viktor Yanukovych stated that in February 2014, the European politicians have deceived him at the time of signing of agreement with proponents of the “Euromayday”. On 6 February, reports “RIA Novosti”. 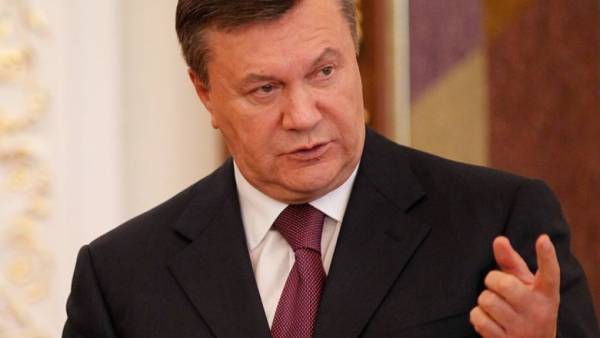 According to him, after signing the agreement on 21 February, armed men seized the presidential residence and Parliament building, and the next day all “European countries have approved it.” In addition, the ex-President noted that the responsibility for what happened have always been and will be based on these policies. He stated that periodically writes letters to them, but the answer from them is not received.

In addition, Yanukovych admitted that he made a serious mistake and lamented that he was “deceived and cheated, like a sucker.”

Earlier, on 6 February, Yanukovych has called the years following the events on the Maidan, black for Ukraine. Everything that happened in the country during this time, he said, “could not have dreamed in any nightmare,” the inhabitants of the country.

In February 2014 Yanukovych, at that time the President of Ukraine and opposition leaders signed an agreement, the guarantors of which were Germany, France and Poland. The document provides for including a return to the 2004 Constitution and early presidential elections, and the withdrawal of security forces from Central Kiev and the surrender of weapons by the opposition. The evening of the same day, the radicals launched attacks on government buildings. Yanukovych after these events left the country.

Later Ukraine opened a criminal case against the former President. In late January of this year he was found guilty of treason and accused of complicity in the waging of aggressive war. A court in Kiev sentenced in absentia Yanukovych to 13 years of imprisonment, but the countdown starts from the moment of detention.

In turn, the former President categorically denies any wrongdoing.