Moscow. 7 Feb. INTERFAX.RU — Arrested for murder and participation in a criminal Association Senator Rauf Arashukov said in the Moscow city court that he knew about the planned in his relation to the investigation, reports “Interfax”. 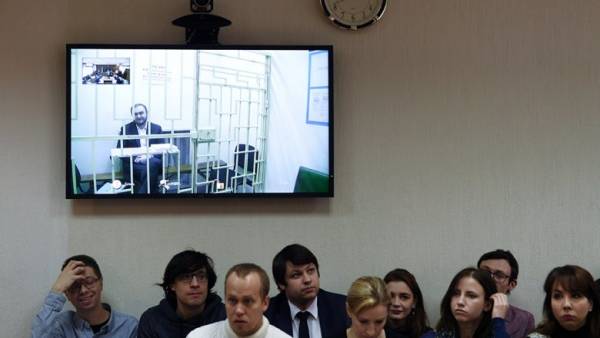 “I’m here for three days already were aware of what they will conduct. If I wanted to run away, I had time for it. For all their RAID — the arrest and so I knew on Sunday,” said Arashukov in the Moscow city court, which deals with the complaint of protection to arrest the Senator.

The Senator has appeared in court in the Russian language, although during the arrest claimed to not speak to them and demanded an interpreter.

Rauf Arashukov was indignant that in SIZO “Lefortovo” he lived with convicted terrorism:

I was in a cell with already convicted for 18 years on the 205th article on terrorism. With the terrorist lived. Current member of the Federation Council! Where this is possible, what is happening at all?

According to the Senator, in “Lefortovo” he still has not received any transfer and he failed to meet with lawyers.

In addition, Arashukov complained about the conditions of detention in quarantine “Lefortovo”. “Of course, I have not seen, but as told (…) It’s more like solitary confinement, and not quarantined”, — said the Senator.

Dancer from the United States, bankrupt and guard of the Deputy: the new defendants in the case Arashukova Arshakovich

Senator Rauf Arashukov charged with participation in criminal community (OPS), two episodes of murder on preliminary arrangement from mercenary promptings and pressures on the witness. According to the case, Rauf Arashukov was involved in the murder of Deputy Chairman of the public youth movement “Adyge-Khase” of the Karachay-Cherkess Republic Aslan Zhukov and presidential adviser Karachay-Cherkessia of Frala Shebzukhova, as well as to the beating of witness to the murder of Zhukov.