The launch of the British company OneWeb from Kourou (French Guiana) with the help of the carrier rocket “Soyuz-ST” will take place on February 22, said in his Twitter President and founder of OneWeb, Greg Wyler. 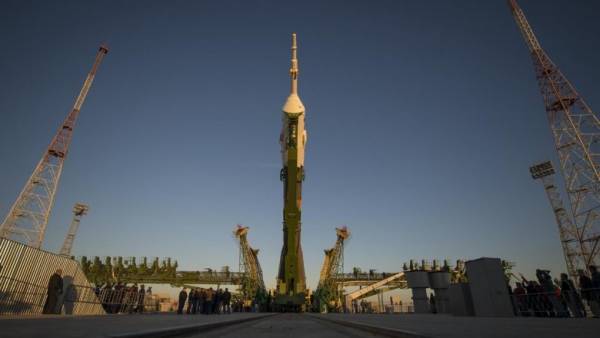 Russia will end up GLONASS

The start of “Union” with OneWeb satellites, the task of which is to provide broadband Internet access to all inhabitants of the Earth, previously scheduled for 19 February from Kourou in French Guiana. Wyler later said that the British company was postponing the launch due to “problems” with the Russian rocket.

“The rocket has a problem where it is necessary to postpone the launch. Our satellites in order and ready to work,” wrote Weller. The press service of the company clarified that another test of the upcoming launch revealed technical problems in the upper stage of the carrier rocket “Fregat”.

The press service of the Roscosmos, in turn, said that specialists of the NPO. S. A. Lavochkin (manufacturer boosters “Frigate”) 31 Jan flew to Kourou to test the upper stage “Fregat”. The state Corporation promised in the near future to determine the date of readiness for launch OneWeb satellites.