The presidential administration is preparing a request of President Vladimir Putin banned in Russia as a religious organization “Jehovah’s Witnesses”. This was stated press Secretary of the head of state, Dmitry Peskov, commenting on the sentencing of the follower motion Dennis Christensen. 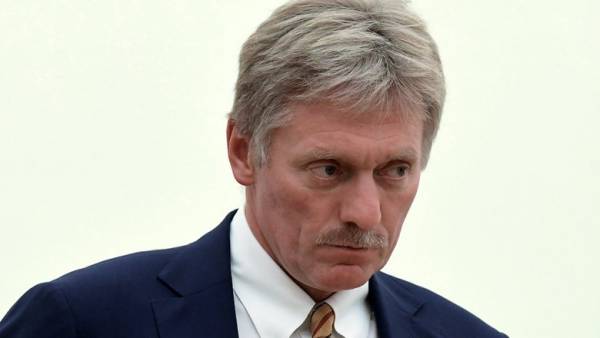 In December 2018, Putin said at a meeting with the Council on human rights had offered “carefully understand” in a situation with the “Jehovah’s Witnesses”. “They also are Christians, for them to pursue — I do not really understand,” he said.

“Therefore, the order is, the question will be worked through, but we don’t know in what way. Of course, it will be developed taking into account the entered into force court decision”, — said Peskov. He noticed that the “topic is not easy”.

Answering the question whether “Jehovah’s Witnesses” extremist organization from the point of view of common sense, Sands said: “We can’t operate for public purposes with the concepts of common sense. First and foremost, we operate with the concepts of legality and illegality. In this case, the activities of this religious organization is illegal, and this is a priority in the definition of the situation”. The decision of the court in relation to Christensen’s Sand is also called legitimate.

On Wednesday, the court in eagle sentenced a Danish citizen and follower of “Jehovah’s Witnesses” Dennis Christensen to six years in a General regime colony for organizing the activities of banned religious groups. According to investigators, Christensen led the community “Jehovah’s Witnesses” in the eagle disposed of its property, organized the collection of money and distributed literature to attract adherents.