Zubovo-Polyansky court in Mordovia was released from prison the former Colonel GRU of Vladimir Kvachkova who was serving a sentence on the 282-th article. About it February 7, according to “the Media” with reference to the lawyer of retired military. 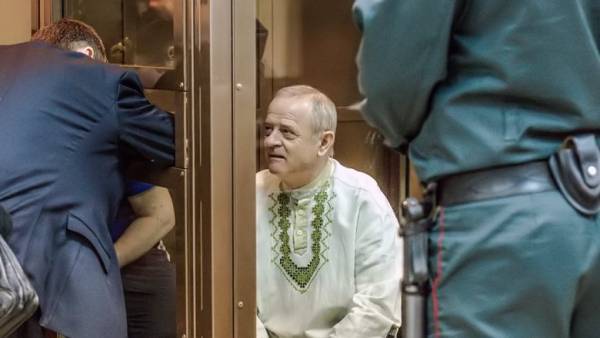 The will of Kvachkova expected to release on February 19. He had been in custody since 2010.

In December 2010, former Colonel of the GRU was arrested on charges of sedition and promoting terrorism. Three years later the court gave him eight years of a colony of strictly mode. In the colony Kvachkov has recorded a video message in which found signs of incitement of hatred and enmity. The case was brought under the 282nd article of the Criminal code of Russia. In August 2017 the Volga district military court sentenced Kvachkov to one and a half years in a strict regime penal colony.

At the end of December 2018 in Russia partially decriminalized the article 282 of the criminal code on the initiative of President Vladimir Putin. The amendments provide that criminal prosecution for extremism subjected to those who within one year have committed such offence. For the first violation is threatened with administrative responsibility (fines, community service or administrative arrest). After this case of extremism in Russia began to reconsider.

In 2005 Vladimir Kvachkova accused of attempt at the head of “RUSNANO” Anatoly Chubais. The Grand jury several times to justify it. A former Colonel in the GRU has managed to achieve that he has paid 450 thousand rubles as compensation. After the entry into force of the second acquittal in the case of the attempt on Chubais Kvachkov arrested for organizing a rebellion and assistance to terrorism. In 2013, the Moscow city court gave him 13 years of a colony of strictly mode. Later the Supreme court reduced the sentence to eight years.