The Kremlin: the criminal case against Medvedchuk will be political repression

Ukrainian politician can be accused of treason. 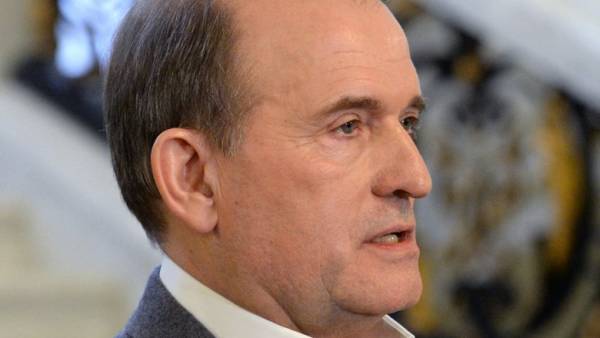 If the Chairman of the political Council of the Ukrainian party “the Opposition platform for life” Viktor Medvedchuk will provoke in Ukraine a criminal case, it would be another political retaliation. This was stated press Secretary of Russian President Dmitry Peskov.

Is conflicting information: whether a criminal case, whether any preliminary actions are carried out. But in any case, the information about the possibility of a criminal case is very disturbing, if it happens. It will be another political repression.Dmitry Pescovitz Secretary of the President of the Russian Federation

On January 29 the Congress party, “the Opposition platform for life” Medvedchuk proposed to create an Autonomous Donbass region within Ukraine. He noted that this is consistent with the Minsk agreements and the legislation of Ukraine, and also stressed that the agreement on this issue can be achieved “on the quadrangle” which includes Kiev, Donetsk, Lugansk and Moscow.

Poroshenko was accused of secret meetings with the godfather of Putin

On the eve of the Prosecutor General of Ukraine said that the statement Medvedchuk may be regarded as a crime under part 1 of article 110 and part 1 of article 111 of the Ukrainian Criminal code (high treason, public calls to actions aimed at changing the borders of the territory or the state border).

As explained by the representative of the Prosecutor General Andrei Lysenko, the TV channel “Train TV”, the Prosecutor’s office will lead the investigation, and the investigation conduct of the SBU. After the investigation, will host a series of examinations and shall be assembled all the material with the performances of Medvedchuk, will decide on the award of Ukrainian politics suspicions, Lysenko said. According to him, after that, if there is a relevant evidence base, the court will direct the petition for election measures of restraint.