The magnetic North of our planet moves from the Arctic coast of Canada towards the Russian island of Severnaya Zemlya archipelago. 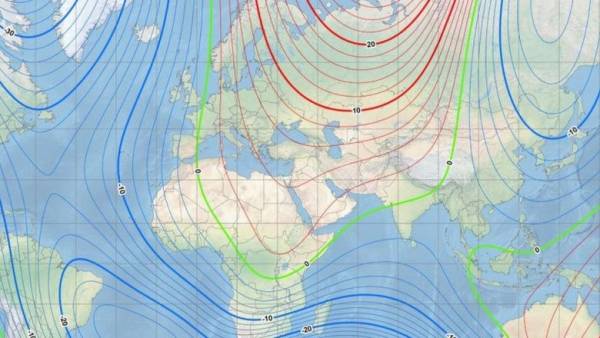 It happens so quickly that scientists had to urgently release a new version of the world magnetic model (WMM), which is based on all modern navigation — control systems for marine vessels up to Google maps in your smartphone.

Usually WMM is updated every five years, and the last time it was three and a half years ago. However, at the end of 2018 magnetic pole crossed the international date Line and “officially” moved in the Eastern hemisphere.

Why is it important?

The fact that the geographic North pole — an unremarkable point on the planet (from the point of view of physics), and the navigation system to determine its location relative to the magnetic pole, which is easily found with the help of a compass.

Thus, the displacement of the magnetic poles leads to a distortion in the construction of routes.

And if for a resident of Moscow, London or Novosibirsk it does not matter, for navigation in the Arctic, this error can be extremely dangerous.

For example, the world magnetic model is the primary reference for military ships and aircraft, which are due to the errors might accidentally log into someone else’s water or air space and provoke a diplomatic scandal.