Director Nikita Mikhalkov criticized member humorous show Comedy Woman, allowed himself a joke about a Soviet General Dmitry Karbyshev, hero of the Soviet Union, who died as a result of brutal torture in a concentration camp. 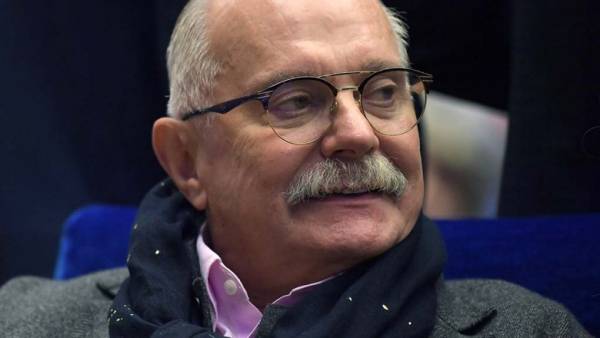 According to the filmmaker, Karbyshev is a “fantastic personality” and posmejatsja over his “frozen spirit” — “sheep”.

Russian filmmaker Nikita Mikhalkov in the air with his own program “БесогонTV” criticized participants of the TV show Comedy Woman, calling them “sheep.” The filmmaker has subjected humoristic criticized for the reason that those still in 2013, during one of the scenes allowed himself the joke about “frozen spirit” of the Soviet General Dmitry Karbyshev who died in a concentration camp as a result of torture:

Well, when this sheep from Comedy Woman joke like this? They understand what they are saying, who are they talking about? For a moment they can imagine — what is it? In the 40-degree cold stand — poured from the hoses of ice water? And turn into ice himself… monument to General Karbyshev — a fantastic personality.

Last December Mikhalkov, Chairman of the Union of cinematographers of Russia, troubled by the fact that foreign films in the country collect billions of rubles. According to the artist, the Russians “fed” those who declare the country of sanctions.

Nikita Mikhalkov explained the origin of their income

He also reminded that “if you look at world experience, a French movie rose is on the dispensing of foreign cinema”. To name at least the approximate acceptable ratio of Russian and Western movies in the domestic box office Mikhalkov did not.