STOCKHOLM, 5 Dec — RIA Novosti. Police in Sweden confirmed on Tuesday that two Royal crown and Orb, stolen at the end of July 2018 from the Cathedral of Strängnäs, near Stockholm, found. 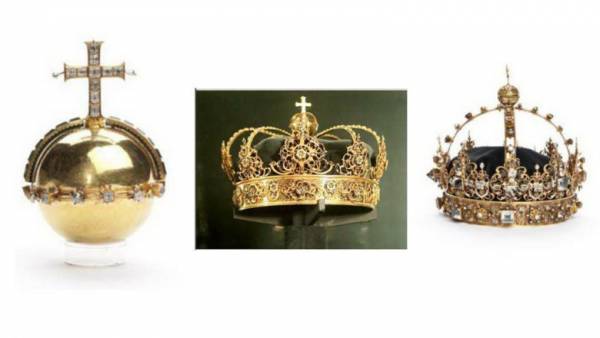 “Everything points to the fact that the funeral regalia of king Charles IX was found in the Stockholm area”, — stated in the message of the police to the press. It is noted that with found objects continue to work with the experts to “100%” to confirm their authenticity.

Treasures of the French crown

In August 2018, the information that the regalia found, appeared in several Swedish media, but the official confirmation is not received.

The cost stolen, according to police, is estimated at 65 million SEK (6.5 million euros).