Donald trump caught in the love of solitude and rest

The published daily routine of the President of the United States. 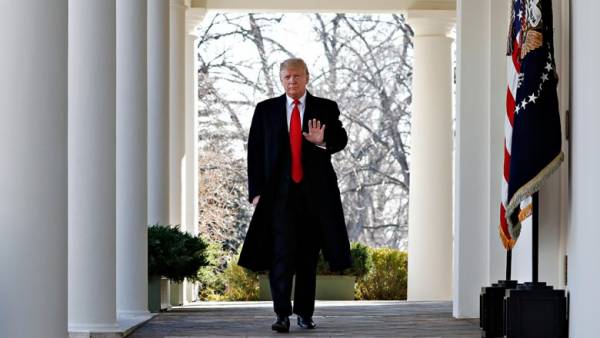 The President of the United States Donald trump spends four times more time in his personal residence in the White house than it spends on political negotiations and consultation with its own advisors. Up to 60% of their time over the past three months, the President spent time on the executive — the hours that he was working with documents, watching a TV program, studying the headlines, writes messages in social networks and holds meetings, the contents of which he wished to keep secret from the employees of its administration.

In the last three months, President Donald trump has used almost 60% of their time to “work with documents”. According to the online edition of the Axios, received access to the private daily routine of a President of the United States from November 7 to February 1 of this year, during this time, the White house has spent 297 hours in the so-called executive time.

It is this term in the White house usually called the time when the graph of the President no scheduled official meetings and negotiations. Donald trump usually spends it in his personal residence zand watching TV programs, to study the headlines of several Newspapers, posting comments on social networks and telephone conversations with friends and informal advisers.

According to the documents published, for the same three months, Donald trump has spent only 77 hours on the official meetings and negotiations, 51 hours on the traveling and exactly 39 hours for food.

Last year, broadcaster CNN reported that the President of the United States usually wakes up around 5:30 in the morning, and then spends “almost every morning” in a private residence in the so-called yellow Oval room in the residential part of the White house.

In the official presidential chart, distributed by the White house, stated that from 8:00 until 11:00 a.m. Donald trump is in the oval office. However, at least six sources in the US administration, which refers to the publication of Axios, argue that the President “never appears” at his official workplace at this time.

Instead, he prefers to be alone in his residence, and only occasionally calling for brief negotiations some members of the administration and closest advisers.

In the oval office, according to the publication, Donald trump appears not before 11:30-12:00, participate in a short briefing with representatives of security services and holds meetings with his advisers. 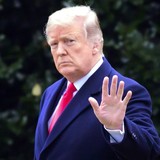 In some cases, an official working day of the President is limited to precisely this time. 7 November 2018, for example, Donald trump all day and made just one 30-minute meeting with the then head of his administration, John Kelly, dedicating the rest of the time “work with documents”.

In the official chart of the White house on 18 January this year is also mentioned only one meeting with a duration of exactly one hour with the acting head of the administration of Mick Mulvany and Finance Minister Steven Mochina. The remaining seven hours is designated as “working with documents”.