WASHINGTON, 2 Feb. /TASS/. Advisor to the President for national security John Bolton called on the leadership of the armed forces of Venezuela to the side of the opposition. A message he posted on Saturday on his page on Twitter. 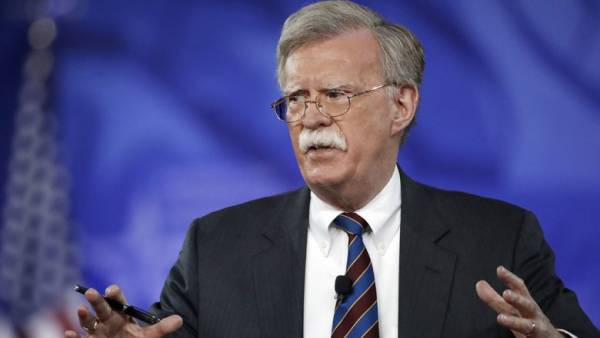 “I appeal to the leadership of the Armed forces of Venezuela, now is the time to act on the side of the Venezuelan people. Your right and duty to protect the Constitution and democracy in Venezuela,” he says.

The words of Bolton essentially duplicate the statement of the leader of the Venezuelan opposition Juan, Guido that on Saturday at an anti-government rally in Caracas once again called on the military to switch sides and accept international humanitarian assistance.

Earlier, the Venezuelan newspaper El Nacional reported that General of the air force, Francisco Esteban Yanes Rodriguez admitted Guido, acting President of the country. He also called the power of current President Nicolas Maduro’s “dictatorship” and assured that 90% of troops do not support the President. His appeal was published a few hours before in the South American country of demonstrations convened as opponents and supporters of the government.

Representatives of the air force published Saturday in a Twitter statement called the General a traitor.