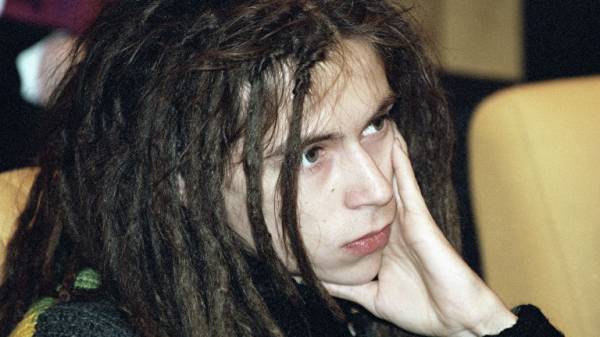 He studied in Switzerland, after his return to Moscow she continued her study in British International School.

Was known under the alias “Decl”.

His first performance took place at the festival of the Adidas StreetBall Challenge in 1999 in Moscow and had success.

Debut album decl “Who? you”, released in 2000, has sold over a million copies. During this drive He received a Record award 2000 in the category “debut of the year”.

Clips of songs from this CD (such as “Tears”, “Party”, “Blood of my blood”) for a long time were in hot rotation on radio and TV and has taken a leading position in all national charts.

For the second disc, “Street fighter” rapper has received several music awards, including the award of the channel MUZ-TV, “stopudoviy hit” and the MTV Music Awards (audience Choice award of Russia).

Two years later he released his third album called decl aka Le Truk. The contractor no longer cooperated with their former partners in Studio work (in particular, Vlad Gross), all the texts he wrote himself. As sound producer, too, he made Decl. The song “Potabachim”, Legalize and “God is” became hits.

In January 2008, a fourth Studio album, decl MosVegas 2012. First, the rapper wanted to take his new alias Le Truck, but abandoned the idea, but added with the old alias solid sign in the form of old Slavonic letters “Yat” (Darly).

In 2010 he released his fifth album decl “Here and Now”. Also, starting this year, the singer became a permanent member of the jury of the hip-hop festival “battle of the capitals”.

Then He worked on the trilogy “Decillion”. In March 2014 released the first album of a trilogy — DancehallMania. It was recorded with Jamaican musicians in the local dialect patois. In September 2014 they released their second album of the trilogy — MXXXIII, it includes compositions of various genres: trap, dirty south, jazzy hip-hop, electro and R&B.

The third part of the trilogy is a Russian-speaking album, on which He worked together with Russian and foreign musicians.