The United States began to violate the INF Treaty since 1999, Lavrov said

MOSCOW, Feb 2 — RIA Novosti. The Minister of foreign Affairs of the Russian Federation Sergey Lavrov said that the United States began to violate the Treaty on the elimination of intermediate and shorter-range missiles (INF Treaty) since 1999, when they began to test combat drones. 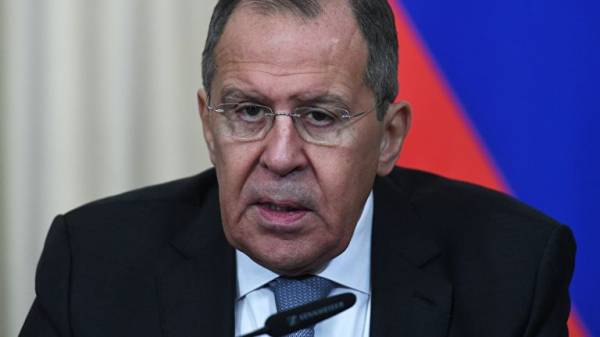 “Under the Treaty on intermediate and shorter-range missiles — a Treaty, as you know, has been operating since 1988 — according to our data, this open-ended contract, the United States began to break since 1999, when they began to experience combat drones, which are characteristics coincide with the prohibited contract cruise land-based missiles,” said Lavrov during a meeting of Russian President Vladimir Putin with heads of the foreign Ministry and the defense Ministry.