The fate of General

This picture revealed to the world the truth about the Vietnam war. But broke the life of her hero. 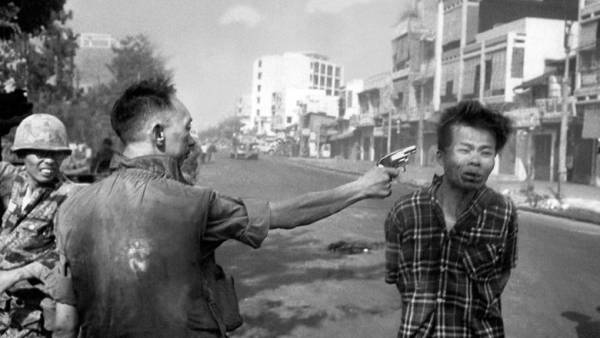 Prior to February 1, 1968 Nguyen Ngoc loan was simple a Brigadier General in the South Vietnamese police. But that day in Saigon, he, without a trial shot in the head killed a man in civilian clothes. The photo “Saigon execution” depicting this terrible episode of the Vietnam war, went to the world’s media. It is with alarming frankness showed the Americans the hell what’s going on in a distant country, giving powerful impetus to the anti-war movement in the United States. Famous frame has changed not only the attitude of Americans toward the war and the fate of General Loana. “Ribbon.ru” remembered the story of a man who has dedicated his life to the defense of the homeland, but became known to the world as a cold-blooded executioner.

Nguyen Ngoc loan was born 11 December 1930, in the colony of Cochinchina (South Vietnam), which was part of the subject of French Indochina. Despite the fact that the loan was one of 11 children, the family lived in abundance. His father was a respected engineer, mother — a doctor. During the Second world war, Vietnam was occupied by Japan, but in August 1945 the authorities in the country the Communists came. Not all of it was for the soul: France tried to retake the former colony that began the First Indochina war in which Vietnam was divided into the socialist North and the capitalist South.

“Just not to fall into captivity”. As the Russian fought with the United States without a Declaration of war

During these events, loan he studied at the economic Institute in hue and thinking about a career accountant. He supported the revolution, but soon grew disillusioned with socialism because of too aggressive reforms: the complete nationalization of land, compulsory military service and the persecution of “undesirable class elements”, among whom was the wealthy father Loana. After graduating from the Institute, he was determined to defend the country from Communists and enlisted in the army of South Vietnam. Excellent vision and good health allowed him to become an air force pilot.

Loan quickly joined the team and became the soul of the company. Colleagues called him “a responsible man of the world”. Many times they sneaked out of the territory of the airbase, to drink and to dance all night. It is clear that for the morning construction many have lost share, but Nguyen never did: his uniform was always ironed and clean, the shoes shone and he was shaving twice a day.

It was Loana and more menacing nickname — Hawk. His he received during the Second Indochina war 12 downed aircraft. Ambitious and Executive pilot quickly became famous among his colleagues and his superiors he was in good standing.

Command liked that he never gave nor in part, nor from combat missions, active citizenship and commanding makings also contributed to its promotion.

The Lieutenant loan met and became friends with the commander of the aircraft Cao ky. In 1965, the Key became Prime Minister and immediately appointed another chief of the South Vietnamese police. So in his 35 years of Nguyen Ngoc loan became a General.

of the USSR and China wanted to overthrow the leader of North Korea. He survived and retaliated

However, a high position have not been corrupted by Loana. Once in power, he immediately had a police reform, the fight against corruption, improving the efficiency and prestige of law enforcement agencies. Added to this is regular inspections and annual exercises by type military. For two years, the loan made a lot of enemies in the government, but the people was respected.

All this time in the country the civil war continued, but only in 1968 she reached the capital of South Vietnam — Saigon. January 31 began a large-scale Tet offensive of the North. The American base was attacked and the city was attacked by the NLF (national liberation front of South Vietnam, also known as Vietcong). Despite the effect of surprise, the attacking party has suffered catastrophic losses (45 thousand soldiers), and the offensive soon petered out.