Russian journalist and host of the talk show “60 minutes” on the “Russia 1” Olga Kabaeva denied that her monthly income amounts to several million rubles. She stated this in an interview with Ura.ru. 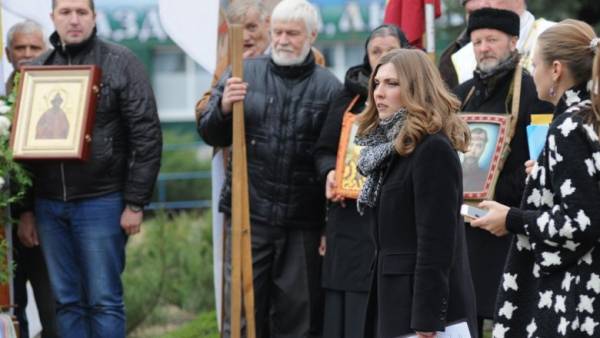 She noticed that the data circulate in social networks and distributed without reference to any source.

“Nothing to do with reality, this information has not. Who does it and most importantly why all this is happening — a very big question,” he assured Skobeeva.

The publication notes that the dissemination of information began with the Twitter account @Fake_MIDRF. Author profile 31 January published a post in which he said, citing “a source in Ostankino” that the salary of Kabaevoy is four million rubles per month.

Earlier Skobeeva said the representative of the Ukrainian delegation to PACE Borislav Birch insulted and pushed her during an interview Vice-speaker of the Verkhovna Rada of Ukraine Irina Gerashchenko. She stated that such behavior shows that “the power in the country was captured by the bandits and hooligans.”