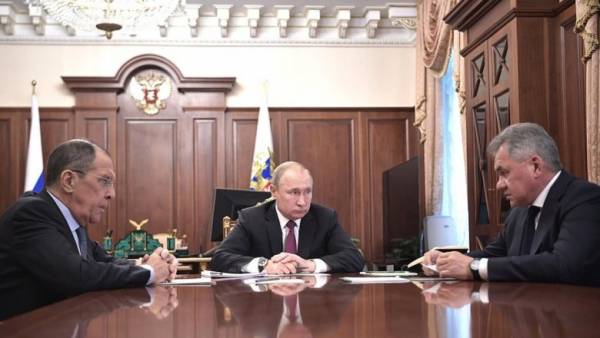 Russian President Vladimir Putin announced the suspension of Russian participation in the Treaty on the elimination of intermediate and shorter-range missiles (INF Treaty).

“We will proceed as follows. Our response will be a mirror. American partners have announced that they suspend their participation in the Treaty, and, we suspend,” said the head of state at a meeting with Ministers of defence and foreign Affairs, Sergei Shoigu and Sergey Lavrov.

Termination of initiation of negotiations

Putin also instructed to stop trying to initiate talks on the INF Treaty.