In the States of the Arab world and in Iran is growing interest in the soup and sour cream. 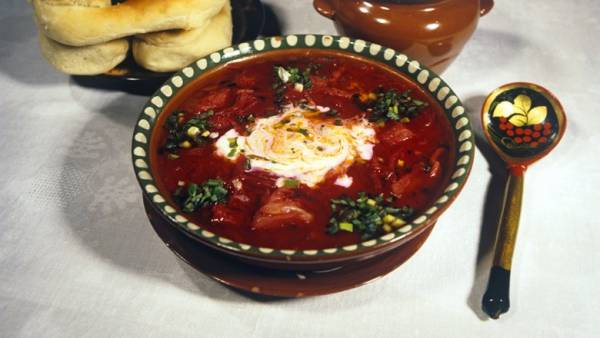 In the middle East over the past five years has doubled the number of restaurants serving Russian cuisine, it is estimated “news”. Our most popular dumplings and pie at the residents of the UAE in the Emirate of Dubai is located more than 25 establishments that invite you to enjoy these dishes. And interest in Russian cuisine is growing not only in the familiar destinations of Russians in this region, but also in Syria, Jordan, Lebanon and even Iran. In the Islamic Republic of heightened interest to the Russian candy, told “Izvestia” in the Russian centre of science and culture in Tehran.

And plov, and manti, and shashlik

Based on data from TripAdvisor and Foursquare “news” has estimated that in middle East there are about 60 institutions of the Russian cuisine. This is two times more than it was in 2014. The most popular our dishes have received in the UAE.

— The Arabs have their own traditional cuisine in Dubai is also widely represented Italian, Asian, and other world cuisine. Our dishes have a lot of competition, but we can say that the Russian cuisine has found its niche and develops it, — have explained “news” in Embassy of Russia in Abu Dhabi.

It noted that the main clientele of Russian restaurants in the region, our compatriots and immigrants from the former Soviet Union.

According to General Director of the publishing house “Russian Emirates”, the businessman Sergei Tokarev, before talking about the growing interest in Russian cuisine, you should give it a definition:

Abroad in Russian cuisine often include a kebab, and manti, and even pilaf. That is, the set of dishes of the peoples of the former USSR. But in General, Arabs have great interest in Russian cuisine. In UAE, there are large Russian restaurateurs, recently Anton Viner, owner of the network, “Apricot” and “Osh” has opened in Dubai restaurant. Although, again, he is not the only restaurant of Russian cuisine and serves, for example, and traditional Uzbek food.Pancakes for Syria, sour cream for Libya

There is a growing interest to the Russian dishes and Syria. As told “Izvestia” head of the center “Russian world” in Damascus Svetlana Rodigina, our pancakes and cakes are the most popular among Syrians who studied in the USSR or in Russia, as well as students of Russian language.

For the holidays, which holds a “Russian centre”, we always order pies, cakes, pancakes compatriots living in Damascus. This is a real culinary masterpieces, which are very popular, — said Svetlana Rodigina.

Why Russia used to have bread?

She also noted that the conflict of cafes and restaurants where you can taste the soup, was at times more.

— Before the crisis, there were a few points where the proposed Russian food. Worked the restaurant “Olenka”, sold Russian dishes at home (dumplings, sauerkraut, cottage cheese, etc.). During the crisis, unfortunately, these points are closed. Now there are only some shops offering products from Russia, — said Svetlana Rodigina.