The Russian Navy ships began to be equipped with systems, blinding the enemy and causing hallucinations. We are talking about the stations visual optical interference 5P-42 “Filin”. About it RIA Novosti was informed in the press service of the holding company Ruselectronics, which is their creation. 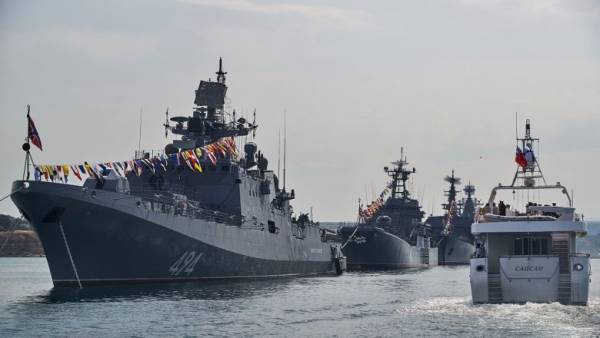 The station is designed to blind the enemy at night and dusk. Action “Owl” based on the modulation of the brightness of the light radiation. Low-frequency fluctuations in brightness cause temporary disorders of the organs of vision by stimulating the optic nerves.

The instrument was tested on volunteers who were to conduct aimed fire from small arms at targets. During the tests with the “Owl” they said that “target cannot be seen”.

“20 percent noted hallucinogenic effect, described as “a spot of light floating before the eyes,” and 45 percent complained of dizziness, nausea, signs of disorientation in space,” — said in “Roselektronika”.

The station was installed on the frigate “Admiral Gorshkov” and “Admiral Kasatonov”, which is now undergoing factory testing. The same equipment will equip two more ships of project 22350, they are already building factory “Northern shipyard”.