Scientists presented the medieval manuscript of the “Catalan Atlas,” which depicted the center of the world’s richest man in history. 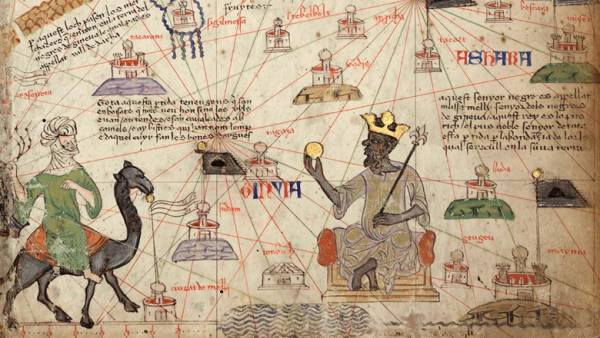 As reported by Live Science, a unique Atlas of XIV century are presented at the exhibition, which opened at the Museum of art, northwestern University (USA). She talks about the huge wealth and influence of Africa in the middle ages.

The map was created on the Mediterranean island of Majorca in 1375. It depicts Mansa Musa — ruler of Mali Empire, which is recognized as the richest man in history.

He controlled the gold mining in the region, and the gold of Mali at the time was the most pure and sought after.

“It’s hard to imagine that someone today had the same wealth as he had, — said the employee of the Museum Bickford Berzok. Musa had unlimited access to all the resources of his Empire”.

Malian gold, in particular, were used for minting dinars, which in the XIV century was the dominant currency. The fact that they were minted of gold Musa indicate recently deciphered the Arabic texts of the time.