In what could cost Russia the theft of paintings Kuindzhi

Savings insurance of works of art has become in Russia the norm, and the recent incident in the Tretyakov gallery shows that it can be costly to the country. 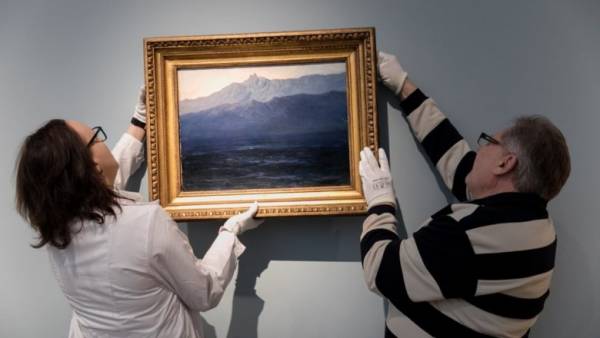 The story of the stolen on 27 January from the Engineering building of the Tretyakov gallery painting Arkhip Kuindzhi “AI-Petri. Crimea” is well resolved. The picture was found unharmed and has returned to the exposition in the Tretyakov gallery, where it is now exhibited under glass and with alarm. The attacker was arrested.

The theft of the painting, however, revealed the problem of catastrophic vulnerability of museums in the field of law upon the occurrence of such cases. And if “the prodigal son” Arkhip Kuindzhi did not return? How much it would cost to museums and state his disappearance?

The ultimate guarantor that all the losses in case of theft in museums, as well as in cases of vandalism and damage to the paintings, should be the insurance company, the contract with which the painting insured. As the insurance of art objects is expensive (the insurance premium is on average from 0.5% to 2% of the value of the painting, which is above the rate for a normal property insurance), the museums are repeatedly admitted that they can’t afford insurance for all of his paintings. In connection with this approach often poses problems. In 2010, for example, when during a fire in the restoration center named after I. E. Grabar suffered by the painting “Alexander I on a horse” painted by George Dawe, the restoration had to pay out of pocket.

Compulsory insurance of paintings is carried out only in case of their export abroad in accordance with the requirements of the law of 15.04.1993 № 4804-1 “On export and import of cultural values”. When you export to overseas exhibitions insurance of items belonging to the Museum Fund of the Russian Federation, is always made according to the formula “from nail to nail” (that is, since the picture from the usual place in the Museum until its return to this place) and on an “all risk” which means the coverage of all risks of physical loss and/or damage to the insured of Museum objects for any reason.

A decision on whether to insure the paintings in the other cases, including when transferring to domestic exhibitions (“AI-Petri. Crimea” refers to the collection of the Russian Museum in St. Petersburg), take themselves to museums. They also determine insurance conditions, in particular, the amount of coverage.

In the case of the pattern “AI-Petri. Crimea”, the State Tretyakov gallery e insured, but the insurance coverage did not include the period of exposure. The reason the instructions contained in the letter of the Ministry of culture of the Russian Federation from may 14, 2016 number 165-01-39-VA “ON insurance of Museum objects.” According to them, the insurance coverage items from the Museum Fund of Russia shall include the period of packing / unpacking; temporary storage (no access for visitors); transportation on the route; installation and dismantling exhibits. Only in special cases, the amount of insurance may be included the time of exhibiting Museum objects. Again, this is due to the fact that such a condition would greatly increase the cost of insurance.

As a result, the period of exposure was included in the insurance coverage only in respect of five exhibits, the list of which is not included the picture of the “AI-Petri. Crimea”.

Thus, if the picture is not found, the state is the owner of the paintings would have suffered recoverable damages.

Law enforcement called the estimated cost of the painting is $1 million.

Interesting and another problem with insurance. According to the Director of museums Department of culture Vladislav Kononov, the insurance value of the painting “AI-Petri. Crimea” is 12 million rubles, or about $180 000 (this same insurance rating works contained in the tender documents for insurance of the exhibits). The market value of the painting, according to experts, can be not less than $1 million From this it follows that, in order to reduce insurance costs museums also significantly underestimates the market value of works of art.