WASHINGTON, 1 Feb. /TASS/. United States February 2 to suspend the performance of its obligations under the Treaty on the elimination of intermediate and shorter-range missiles (INF Treaty). 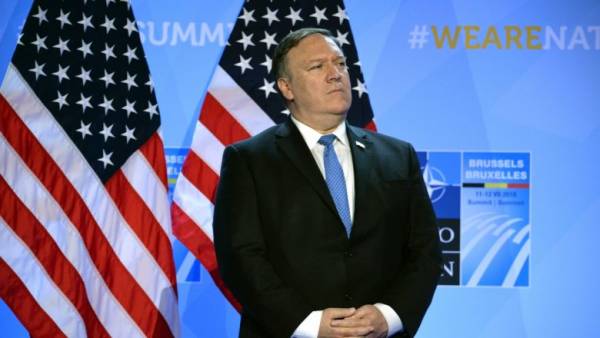 This was stated on Friday, Secretary of state Michael Pompeo, speaking to reporters at the state Department.

“The United States will suspend implementation of its obligations under the INF Treaty, since the 2 of February,” — said the head of American diplomacy.

Pompeo has accused Russia of “significant violation” of the INF Treaty. It undermines the ability of Moscow and Washington to improve relations, he said.

The United States is ready to engage with Russia dialogue on arms control, but the implementation of the agreements must be verifiable, the Secretary said.

“The United States is ready to engage with Russia in negotiations [agreements] on arms control that will ensure the security of the United States, its allies and partners, and are also check and must be implemented”, — said the head of the state Department.

According to his version, the American President Donald trump “doing everything possible to eliminate the risk of proliferation of weapons of mass destruction”.