WASHINGTON, 1 Feb. /TASS/. The United States will begin the development of options for a military response to Russia’s violations of its obligations under the Treaty on the elimination of intermediate and shorter-range missiles (INF Treaty) in order to neutralize the advantage of Moscow in defense. This is stated in a statement on Friday the statement of the President of Donald trump. 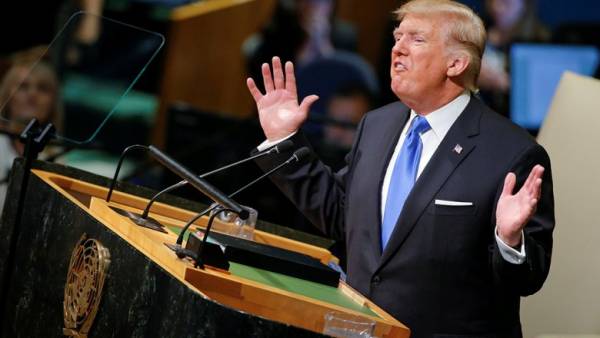 “Tomorrow [February 2] United States suspends to fulfill its obligations under the INF Treaty and begin the process of withdrawal from the agreement, which will be completed within six months in case if Russia will not return to the performance of the contract and destroy infringing its missiles, launchers and related equipment. Our NATO allies fully support us because they understand the threat posed by Russia’s violation [of the obligations under the INF Treaty ], and risks for arms control, which arise due to ignoring the provisions of the agreement”, — says the statement of the American leader.

We can’t be the only country in the world, which is in compliance with this or any other contract. We begin the development of our own military response options and will work with NATO and other allies and partners to offset any military advantage of Russia, which it receives from its illegal action.Donald Trepresent USA

The establishment of relations with Moscow

The White house also said that Washington hopes to establish “perfect” relations with Russia at all levels after reaching mutually acceptable agreements on arms control.

“To arms control responded to the national security of all parties, they must faithfully comply with their obligations. We are ready to cooperate with Russia on arms control that such interaction is consistent with this criterion. When this is achieved, we are ready, perhaps for the first time to establish excellent political, economic, trade and military relations. It will be great for Russia and for the United States and around the world,” said trump.

Earlier, Secretary of state Michael Pompeo announced that Washington was suspending performance of its obligations under the INF Treaty on 2 February, and six months will cease to be a member, if Russia does not take steps to return to compliance with its regulations. U.S. ready to negotiate on this issue with Moscow, said in Washington.