Turn over the Earth? Scientists are predicting a pole shift of the planet

Researchers from the US reports that the North magnetic pole shifting into Russia, or rather, to the Taimyr Peninsula. His arrival on the Peninsula is expected in 30-40 years. Siberians can be the envy of the Aurora will become an ordinary sight. 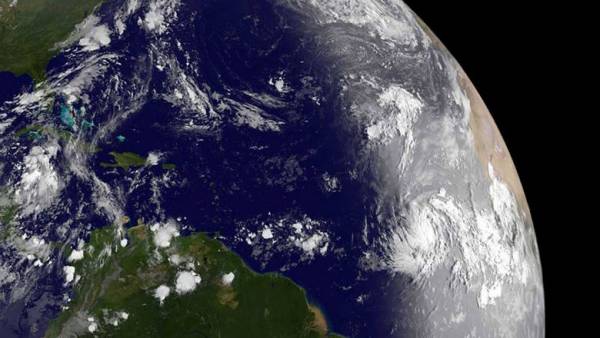 From different parts of the world come reports of strange behavior of the birds. The observers have the impression that, getting off in flocks, the birds do not know where to go. As you know, birds are guided by magnetic field lines of the Earth. The researchers concluded that the geomagnetic field undergoes some changes.

In principle, the magnetic poles are never in strictly defined points. Liquid metal core of the Earth is constantly moving. It generates the planet’s magnetic field, which, among other things, protects us from cosmic radiation. Throughout the twentieth century, the magnetic North pole was located in the area of the Canadian archipelago, shifting by about 10 km per year in the direction of the geographical North pole. Now the speed of the drift increased to 50 km per year.

Simple calculations show that if this goes on, by mid-century the magnetic pole crosses the Arctic ocean and reaches of the Severnaya Zemlya archipelago. And there to Taimyr in the neighborhood.

The South pole is also not worth it. It turns out that he seeks to switch places with the North. Over the 4.5 billion years of the planet, this did not happen again. In the language of the Geophysics process is called inversion of the magnetic field. This is a rare phenomenon, humanity in its entire history it was never found. It is assumed that the last inversion was 780 thousand years ago, homo sapiens emerged about 200 thousand years ago.

On previous inversions of the magnetic field, scientists have learned, examining the frozen volcanic lava. As it turned out, at the time of curing, it retains its magnetization, that is, allows you to set the direction and the magnitude of the magnetic field. In fact, the lava consists of tiny magnets that point where the North and South. As it turned out, the lava layers having different magnetization are alternated, one after another.

Most researchers believe that the process of change of the magnetic poles stretched for millennia. And North pole will reach Antarctica not earlier than 2 thousand years. But, when the magnetic shield of the planet will be weakened (and in some point it will happen), humanity will face the threat of solar radiation. Aside from the obvious harm that electromagnetic radiation will lead to failures of the navigation equipment and communication systems.