The President’s condition, Louis Vuitton has increased over the day for $4.3 billion

As the President and primary owner of the group of companies Louis Vuitton Moet Hennessy (LVMH) Bernard Arnault per day increased by $4.3 billion reported by Bloomberg. 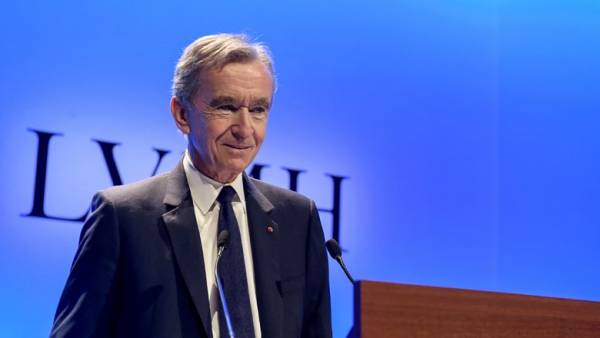 This is due to the fact that prices increased LVMH after the publication of the annual report, explains the edition. On Wednesday the stock reached 279 Euro per share (+6%), which is the best indicator for a few years — from July 2016.

According to calculations Bloomberg, now as Frenchman Arnaud reaches $76,9 billion It fourth in the list of the richest people in the world, the Agency said. Third place is President of Berkshire Hathaway Inc. Warren Buffett ($84,8), the second is Microsoft founder bill gates ($95.5 billion), and first — Amazon founder Jeff Bezos ($138 billion).

Arnault became the richest man in Europe in April 2018, according to estimates by Bloomberg. Then as the Frenchman, according to Agency estimates, reached $70,7 billion Previously the richest Europeans considered the Spanish billionaire founder Amancio Ortega’s Inditex, which owns brands Zara, Bershka, Oysho etc.