Paleontologists from the United States and South Africa described was found in Antarctica a new species from the group of archosaurs that flourished in the Triassic period. The discovery was named Antarctanax shackletoni — the generic name translates as “king of the Antarctic,” and the species name refers to the British polar Explorer. 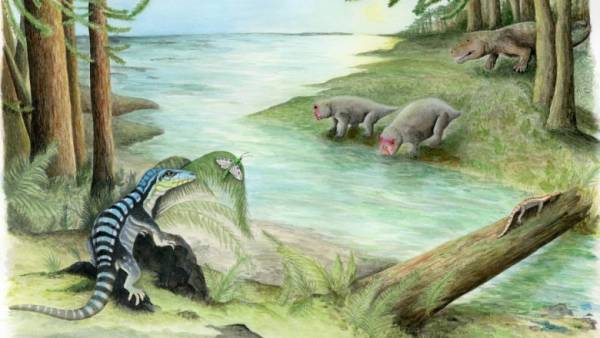 Antarctica was not always icebound. 250 million years ago it was much further from the South pole and was covered with forests, and the temperature it rarely dropped below zero. In these circumstances, there were many unique species of animals, including dinosaurs and their relatives of the archosaurs. These creatures paleontologists find in Antarctica from the 1960s.

During the expedition 2010-2011, scientists have unearthed in the Transantarctic mountains part of the skeleton of a certain animal: several cervical and dorsal vertebrae, humerus, and two limbs, ribs and phalanges. Skull fossils could not be found.

Now they described and classified these bones and published their results in the journal of Vertebrate Paleontology.

It turned out that the Antarctic beast comes from archosauromorpha — infraclass of reptile, which, in turn, is part of a large group diapsid, formed about 300 million years ago. Archosauromorpha appeared in the Permian period and flourished in the Triassic.