Guido, called the change of power in Venezuela is profitable for Russia

MOSCOW, 1 Feb — RIA Novosti. The speaker of Parliament of Venezuela Juan Guido, declared himself interim President in an interview with Reuters said that the change of power in the country will benefit from its main trading partners, Moscow and Beijing. 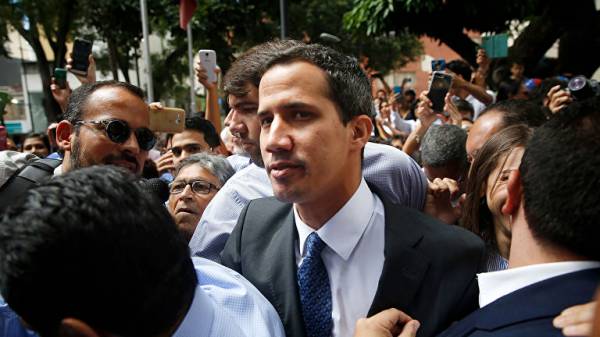 “Russia and China have the most to organize stability and change of the regime.” he said.

According to him, the country’s President, Nicolas Maduro, “does not protect the interests of Venezuela,” and foreign investment, and therefore is not favorable as a partner.

In addition, Guido noted that have tried to establish contacts with Moscow and Beijing.

The Parliament speaker also promised in case of victory of the opposition to abide by all previous commitments to creditors and owners of government securities.

Russia has supported Maduro as the legitimate President of Venezuela and expressed the willingness to be a mediator between the authorities and the opposition.

The United States and several other countries announced the recognition of Guido interim head of Venezuela.