In a Network there was video of beautiful maneuver of su-27 of Russian air force: the aircraft harshly drove NATO fighter coming too close to the government aircraft from Russia. 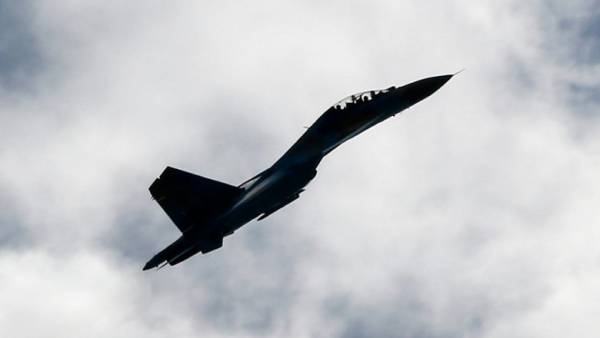 Protection “Board No. 1” and other aircraft of the government squadron “Russia” — one of the responsibilities of the VCS. Apart from status functions, the fighters perform real combat missions: to protect entrusted to the Board from attack from air and land. At any cost, if the protected object is released from the rocket, the fighter pilot is obliged to put at risk your aircraft, risking their lives.

In this case all has managed: the F-16 quickly turned aside and withdrew to a respectful distance. If the pilot hesitated, a collision would be inevitable. It is the dedication of a Russian pilot, his willingness to go to the end and to win at any cost, has caused excitement among the audience.