The Senator identified in prison in a closed regime

Rauf Arashukov arrested at the request of the TFR. 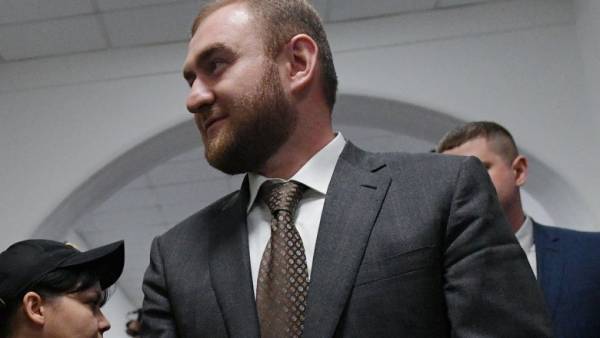 Basmanny court of Moscow arrested for two months Senator Rauf Arashukov, which are incriminated participation in criminal community, the organisation of the killings and pressure on witnesses. A large part of the hearing took place in closed session protection insisted on the removal of the journalists from the hall, fearing the disclosure of information about the place of residence of the Senator, who allegedly received threats, and the state of his health.

Senator Rauf Arashukov was arrested this morning at the plenary session of the Federation Council, and in the evening he was taken to the Basmanny court of the capital, which by that time received a request to TFR about his detention.

Justifying the need for the conclusion of the Senator into custody, the representative of the investigation said that the defendant, being at liberty, might abscond abroad. “Investigators obtained sufficient evidence that Arashukov can escape. In particular, the information about the residence permit in the UAE. Now it is checked,” — said the investigator. “In addition, the investigators believe that Arashukov can exert pressure on the witnesses who in respect of his damning testimony — continued the representative of the RCDS.— In this regard, I believe it impossible for the election to it a preventive measure”.

The Prosecutor supported the arguments of the investigation “reasonable, motivated and meet the requirements of legislation”.